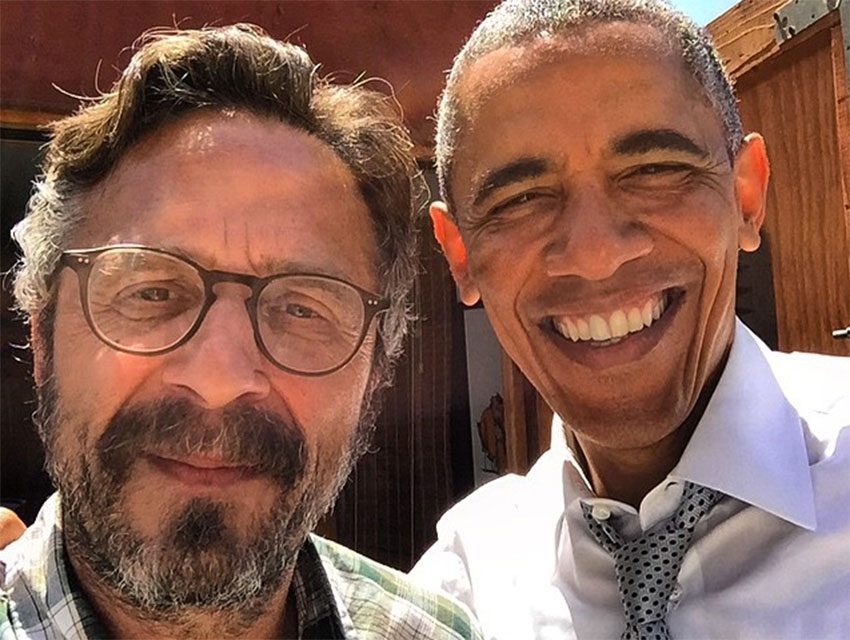 Comedian and show host Marc Maron’s infamous WTF with Marc Maron podcast is about to go to the next level. Not only has Maron’s creation, which started as an unauthorized side project at the Air America network in 2009 and since moved to Maron’s garage (nicknamed the Cat Ranch) in L.A., become one of the most downloaded podcasts on the interwebs, it has also attracted presidential attention. In the past Maron has hosted memorable interviews with Louis C.K., Dane Cook, and Robin Williams, and during his stay in L.A. this week, president Obama will appear in person at the Cat Ranch to chat with Maron.

Maron doesn’t beat around the bush (in a 2011 interview with Gallagher, Maron brought up certain racist remarks the comedian had made and Gallagher stormed out mid-interview), but we thought we’d make a few suggestions for conversation starters anyway. Here are five questions he should ask POTUS:

1. Who will you vote for in 2016?
It would be interesting to get Obama’s take on who should be America’s next Commander-in-Chief. Hillary Clinton, Bernie Saunders, or Martin O’Malley?

2. Plans for post-presidency hobbies?
Obama only has a year-and-a-half left in office. What is he going to be spending on all that free time on? Golf? Secretly smoking and hoping Michelle won’t find out?

3. How do you really feel about John Boehner?
This could get awkward.

4. What was the best moment of your presidency?
Sticking it to Donald “show-me-your-birth-certificate” Trump at the the White House Correspondents Dinner in 2011 has got be pretty high up there.

5. What’s your favorite Obama meme?
This is ours.