Home TV 5 New Network Shows That Actually Have a Great Shot at Not... 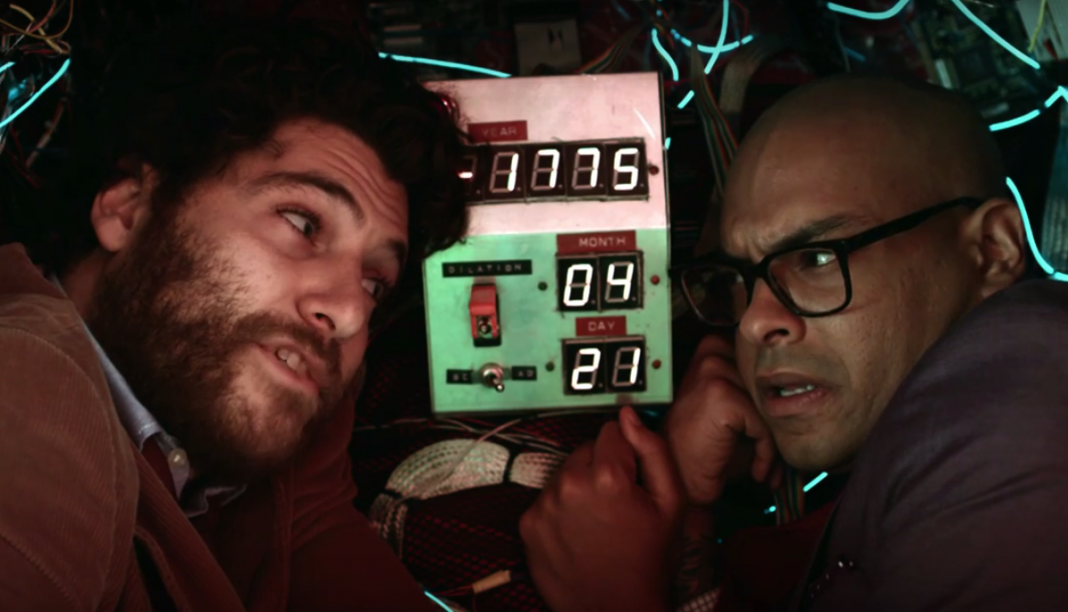 Judging by what’s making headlines at the television industry’s upfronts this week, we can tell you three things: Outlander has had a huge influence on new programming (somehow there are at least three new time-travel series); Shonda Rhimes will continue with plans for network domination (she caught the period piece bug, too, with a show for ABC called Still Star-Crossed that sounds like a continuation of Romeo & Juliet); and there’s a healthy appetite for revivals (new and mid-season debuts on Fox include a surprising number of revamps of reliable classics: The Rocky Horror Picture Show, The Exorcist, Lethal Weapon). It’s a little too soon to say which of these will stick around and which will be gone so fast you probably just wasted your time reading about them, but here are five network shows that we think have a very decent chance of becoming a new favorite.

Are you still furious that Happy Endings was prematurely cancelled? The cast was hilarious, jokes flew so fast they gave us whiplash, and yet none of the stars have found another gig that suited them quite as perfectly, until now. Adam Pally plays a nerdy computer science teacher named Dan Chambers who travels back to the late 1700s to rendezvous with Paul Revere’s daughter, Deborah (Gossip Girl’s Leighton Meester), but worries that, in doing so, he may have compromised the success of the American Revolution: “When did those British soldiers arrive?… And no one rode around saying, ‘The British are coming! The British are coming’?” Yassir Lester (Key and Peele) costars as a history professor who has to help Dan right his wrongs, often with a hefty side of actual ham. (Dan: “You can eat it, trade bites for favors. In the 1700s ham was pretty much like diamond-covered heroin.”) It’s Outlander played for laughs—Dan has a lot of fun wooing his girlfriend with a certain song from an unforgettable late-’90s film—and the show is produced by Phil Lord and Chris Miller (The Last Man on Earth, The Lego Movie). Unless the trailer features the only jokes, Making History is almost guaranteed to be a riot.

IF YOU LIKE: Defending Your Life, Veronica Mars, Just Like Heaven
The Good Place
NBC
Thursdays, 8:30 p.m.

It would obviously be an understatement to say that the world still misses Veronica Mars, and while NBC’s The Good Place isn’t exactly Veronica 2.0, Bell still gets to do what her private-eye alter ego did best: deliver droll one-liners and be generally irresistible, which will come in handy since she’s playing a deceased woman named Eleanor who was accidentally sent to heaven when, in life, she was a terrible person who used to tell Greenpeace solicitors to eat her farts. The Good Place is the creation of Michael Schur (Parks and Recreation) and also stars the continually interesting Ted Danson (Fargo, Cheers), and since this updated Defending Your Life will debut in the coveted Thursday at 8:30 p.m. time slot after the very solid Superstore, we’re hopeful about its success.

IF YOU LIKE: American Horror Story, The Exorcist (obviously)
The Exorcist
Fox
Fridays, 9 p.m.

It doesn’t get more terrifying than William Friedkin’s sublime original, but that’s reason enough to tune in for a chance of similar scares on a weekly basis. Geena Davis stars as a mother convinced there’s a demon in her house trying to take possession of her daughter. Don’t you already wonder if there’s a twist? Who’s really possessed, Geena? Even the preview contains a few surprises, and while it’s more in league with the Blumhouse horror machine, these kind of skin-crawling jump scares haven’t really been translated to TV with the possible exception of American Horror Story. There’s a built-in audience that will include fans of both the 1973 movie and the legions of religion-tinted/haunted house/creepy girl with crooked posture/demented-mother films that populate on-demand services nowadays.

IF YOU LIKE: Empire, Hustle & Flow
Star
Fox
Wednesdays, 9 p.m.

“From Empire creator Lee Daniel” is probably the strongest argument that can be made for this show at the moment. Be warned: the trailer features some awful, cornball dialogue (“I need to make music that feeds my soul” is something no one should ever say out loud). But it also looks like a pretty fresh and interesting take on class, fame, disillusionment, and the music industry as an all-female trio try to turn themselves into a supergroup. Plus, it features Queen Latifah and Lenny Kravitz, original music, and an exciting cast of diverse newcomers. And one of the executive producers is Effie Brown, the woman who took Matt Damon and Jason “Praying Mantis” Mann to task on the last season of Project Greenlight.

So the longer trailer for this series has not been released, and the above is trifling, but here’s the thing: it’s a show from the perspective of a dog and starring the incredibly delightful Allison Tolman, who won everybody over in the first season of Fargo. If that doesn’t sound like something you want to see then, well, why the heck not?