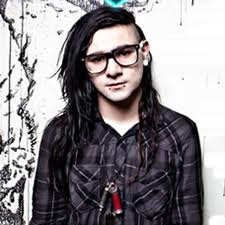 One of the biggest surprises in this year’s crop of Grammy nominees was the five nominations snagged by L.A.’s own Skrillex, the 24-year-old DJ and producer most known (by a relatively small crowd) for his amped-up, schizophrenic dupstep tracks. What is dupstep you ask? Suffice it to say it’s one of electronic music’s most divisive sub-genres, one that has inspired equally large numbers of fans and haters (a brief Google search should explain why).

Skrillex, whose real name is Sonny Moore, played six hometown shows through January and February and we were lucky enough to catch a performance at downtown’s Exchange LA. To prepare you for his performance at this year’s Grammy Awards, we present “5 Lessons Learned at a Skrillex Concert: “

1. The Skrillex haircut or “Skrillbilly” (part mohawk, part buzz cut, part mullet) may look odd but becomes particularly effective when bobbing one’s head furiously to the beat, giving off the floppy appearance of a deranged Muppet.

2. Skrillex loves to infuse his tracks with glitchy mechanical spasms. His current shows, though, increasingly reference bouncy hip-hop beats and heavy dance track sampling, which makes for music that’s a whole lot easier to dance to.

3. Skrillex loves to smoke! He sucks on cigarettes during his set, a trait not uncommon among other DJs. Only Skrillex though, finds a way to incorporate it so fully into his act. He blows smoke into the air, waves his lit cigarettes around, and generally behaves like a 17-year-old who just found his older brother’s pack of Marlboros.

4. Skrillex shows are not without their hazards. Those fans rolling on ecstasy (a sizable portion) can look forward to $7 bottled waters, while those with functioning eardrums will later find themselves wandering the night shell-shocked after a 2-hour assault of bass.

5. Dubstep bashing aside, Skrillex might be one of the scene’s most energizing DJs in concert. His opening act, Zedd, with whom Skrillex often collaborates, might have been even more compelling. Energy levels are intensely high at their shows, and with a few tweaks and turns of their soundboards, Skrillex and Zedd manage to master the crowd. So don’t get up to grab something from the kitchen during their set Sunday night.