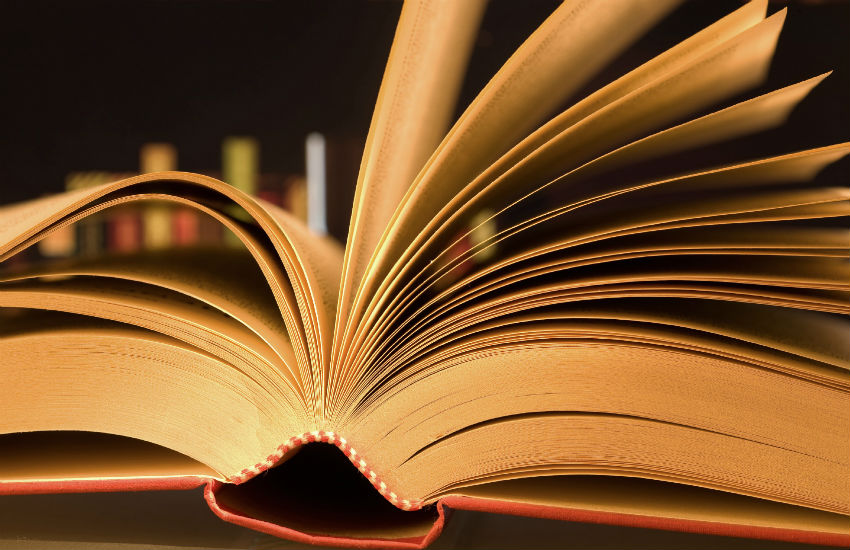 The continuing upheavals and bleak realities of the intersecting worlds of publishing houses and big-box retailers this year have made the normally reliable little joy of picking up a new book a minefield of guilt and ennui. From Amazon’s bad-faith feud with Hachette Book Group (way to play dirty, Bezos) to the more quotidian bummer of the perpetually middle-of-the-road offerings on the book tables at Costco and Wal-Mart, it’s more important to buy indie and local now than ever. But when it comes to books, it can be hard for even the most dedicated reader to know where to find the latest and greatest small and indie presses.

The exciting small publishing houses profiled below are located right here in L.A. All offer tomes that you can find at beloved haunts like Skylight in Los Feliz and Diesel in Brentwood for those all-important last-minute stocking stuffers.

Rare Bird Books
The creation of Tyson Cornell, who used to direct publicity and marketing for hometown darling Book Soup, Rare Bird Books has five imprints: A Barnacle Book, A Vireo Book, California Coldblood, Archer, and Rare Bird Books itself. Each publishes a slightly different set of overlapping genres; California Coldblood focuses on sci-fi and the like, whereas A Barnacle Book brings out Hollywood lit, memoir, and crime fiction. Rare Bird’s many arms offer an embarrassment of riches, from the BDSM self-writing of Madison Young’s Daddy to Burt Weissbourd’s In Velvet, a spooky animal mutation whodunit set at Yellowstone. There’s something for everyone here, from photographer Dave Naz’s Genderqueer, which explores the developing pantheon of alternative takes on gender, to We Dropped A Bomb On You, a greatest-hits anthology of work from on-hiatus lit journal Slake.

Writ Large Press
Co-founded in 2008 by NYU Tisch School of the Arts Dramatic Writing MFA alums Judeth Oden Choi and Chiwan Choi (whom LA Weekly christened “the Jay-Z of poetry” last year), Writ Large Press offers challenging and inventive collections in delightful packages, including Khadija Anderson’s History of Butoh, which combines the L.A.-based author’s knowledge of the vicerally affecting Japanese theater form invoked in its title with reflections on her life as a Muslim woman and José Luís Peixoto’s Antidote, a short fiction collection in which each story is connected to a track on Portuguese metal band Moonspell’s 2003 album of the same title.

The most surprising entry in the Writ Large catalogue may be The Siren / In the Painting Heraclitus Wrings His Hands Above the World and Appears to be Crying by Melora Walters, whom you might recognize from her higher-profile gig as an actress in Magnolia and HBO’s Big Love. Walters handbound this limited-edition set herself, and only a few copies remain available, making them particularly desirable at this most wonderful time of the year. In 2015, Writ Large will publish Hollywood Notebook by local writer to watch Wendy C. Ortiz, whose memoir Excavation (published earlier this year by Future Tense), has garnered lots of positive attention from The Los Angeles Review of Books and the L.A. Times.

Les Figues Press
If you’ve seen a Les Figues book, chances are you found yourself transfixed by its lovely design; the press makes handsome, eye-catching editions, particularly the streamlined tall and thin entries in its iconoclastic TrenchArt series. Les Figues endeavors to make writing and reading events in and of themselves, and can be counted on to offer some of the most exciting lit events in L.A. each year—check out their listings page here for proof—but Les Figues (French for “figs,” that most luscious and innuendo-laden of fruits) publishes a cornucopia of avant-garde texts, many of which so wholly embrace last word of the press’s motto “Beauty, Belief, Bawdry” that we can’t reprint their names here. A great place to start is local author Amina Cain’s short story collection I Go To Some Hollow, which contains a sensibility and a world all its own; next year, look for Colin Winnette’s novel Coyote, chosen by Aimee Bender as the winner of Les Figues’s 2013 NOS Book Contest.

Gold Line Press
Quartered in the University of Southern California’s PhD program in Literature and Creative Writing, Gold Line Press was founded in 2010 by a small group of graduate students. Since then, the press has run an annual chapbook competition, publishing poetry and fiction winners (chosen by guest judges including Dana Johnson and Percival Everett) in miniature—maximum thirty pages for poetry, fifty for fiction—intricately-designed editions that aspire to elevate the form to the level of art object. In 2012, overwhelmed with quality submissions to the contests, Gold Line Press created an imprint, Ricochet Editions (full disclosure: I served as Editor-in-Chief of Gold Line Press for the 2013-2014 academic year, and am a Managing Editor at Ricochet), to bring genre-defying, formally inventive work into print. L.A. authors are well represented in the Gold Line / Ricochet catalog; check out Alisa Slaughter’s dark and funny Bad Habitats, which imagines the interior lives of animals living in the threatened SoCal ecosystem, as well as Harmony Holiday’s Go Find Your Father / A Famous Blues, a stirring meditation on Black fatherhood. In 2015, Ricochet will publish Black Clock poetry editor Arielle Greenberg’s sexy and inventive Locally Made Panties.

Phoneme Media
Sponsored by literary stalwarts PEN Center USA, Phoneme was founded by Brian Hewes and flamboyantly mustachioed poet and translator David Shook, and endeavors to translate and publish the work of artists and writers from around the world in order to connect them to wider audiences. Following this year’s publication of Mexican experimental poet Rocío Cerón’s Diorama (translated by Anna Rosenwong)—Phoneme’s first book, Shook’s translation of Mario Bellatin’s Shiki Nagaoka: A Nose for Fiction, came out last year—2015 looks to be a big year for Phoneme, with collections by Uyghur, indigenous Mexican, and Serbian poets slated for release. Pick up your copy of Cerón and Bellatin’s books now and impress everyone in your book club with your ahead-of-the-game taste.