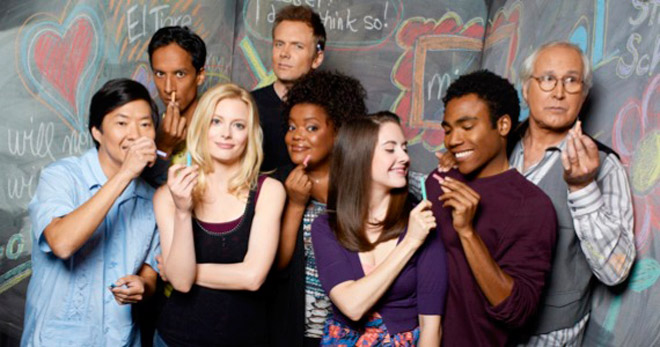 Between comfirmation hearings for a new Secretary of State, the bombing in Syria, and the aftermath of the Sandy Hook shooting, you’d be forgiven for not knowing that Smash will use fewer scarves. Thank god for the TCAs.

What are the TCAs and why are people talking about them? It’s the TV industry’s biannual dog and pony show where network execs and showrunners trot out their wares while journalists rake in schwag and scarf down snacks. (It’s all at the behest of the Television Critics Association.) Should you care? Not really. But amid all the hoopla, there were a few crucial pieces of news.

5. Courteney Cox will take her top off on Cougar Town. [EW]
Maybe she should have done it 28 years ago in Bruce Springsteen’s “Dancing in the Dark” video, but it’s never too late to make up for lost time. Is that what happens when you move from ABC to TBS?

4. The Biggest Loser will be slightly less humiliating — but only to kids. [STLPD]
The newest season of The Biggest Loser includes three teenage competitors. The tough trainers with the hearts of gold — Jillian Michaels and Bob Harper and whatever interchangeable hardbodies they have on — have promised to take it east on the teens. “When we work with children, we are extremely sensitive,” Harper sais. “We will do no breaking down. We will only lift them up.”

2. Anna Faris gets a show on CBS with Chuck Lorre. [AH]
The criminally underused House Bunny star may find a broader audience for her comedic skills if this multi-camera sitcom, which stars Faris as a sober single mom trying to restart her life in Napa Valley, takes off.

1. Drunk History becomes a TV show. [Variety]
It was a hilarious web series: Experts get drunk then try to discourse in their areas of expertise while celebs and comedians act out the pratfalls. New episodes hadn’t been released in two-and-a-half years — until this December when Ryan Gosling and Eva Mendes gamely played out the intoxicated action in “‘Twas The Night Before Christmas.” Making what seems like a natural leap from Funny or Die, Drunk History will debut on Comedy Central this summer as a half-hour show.