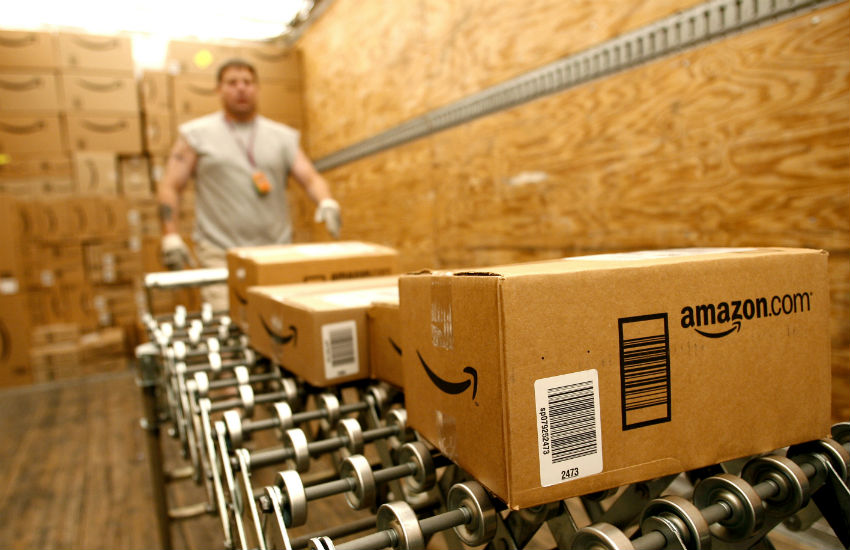 Internet marketplace giant, Amazon announced earlier this morning that the company, whose new show Transparent swept the Golden Globes, will begin producing movies by the end of the year. Although a schedule or potential projects remain undisclosed, Amazon already has a distribution philosophy and a platform in place. One of the key aspects will be the significantly shortened period of time between the theatrical release and its availability on Amazon Prime streaming. Prime subscribers will be able to view a feature four to eight weeks after its release. “We look forward to expanding our production efforts into feature films. Our goal is to create close to twelve movies a year with production starting later this year,” said Roy Price, Vice President of Amazon Studios in a press release. “[…] we hope this program will also benefit filmmakers, who too often struggle to mount fresh and daring stories that deserve an audience.”

Whether Amazon’s move into the movie business will turn the industry upside down as the company is currently doing in the arena of television entertainment, only time can tell. We certainly applaud Amazon’s move and hope their innovative approach to TV making will translate to the movies. In the meantime, we’d like to suggest that Amazon Studios base their first movies on some of the amazing customer reviews on the website. Here are five of the best ones:

Three Wolf Moon
Probably the best-known item on Amazon is the amazing “Three Wolf Moon” t-shirt. Amazon reviewer Dual Function Design describes in detail how women throw themselves at him now that he owns this stunning garb. There’s a Jim Carrey movie waiting to happen. It would even have a positive message of self-empowerment, or as the reviewer puts it, “a man with a wolf-shirt shouldn’t settle for the first thing that comes to him.”

Horse Head Mask
If you have a kid brother you know what the “Horse Head Mask” is. Created, most likely, to give teenage boys the goofiest possible Halloween costume option—which simultaneously works as a great way to scare the living daylights out of people on any other night of the year—user ByronicHero imagines a pastoral life wearing the mask among horses, which makes for a great psychological thriller plot it turns out: “It is day 87 and the horses have accepted me as one of their own. I have grown to understand and respect their gentle ways. Now I question everything I thought I once knew and fear I am no longer capable of following through with my primary objective. I know that those who sent me will not relent.

BIC Cristal For Her Ball Pen
You could easily write a comedy script based on reviewer Tracy Hamilton’s hilarious take down of these, for who knows what reason, gendered pens. “My drawings of kittens and ponies have improved, and now that I’m writing my last name hyphenated with the Robert Pattinson’s last name, I really believe he may some day marry me! I’m positively giddy. Those smart men in marketing have come up with a pen that my lady parts can really identify with.”

Tuscan Whole Milk, 1 Gallon
Yup, you can buy gourmet milk on Amazon. Catherine Swinford concocted an excellent mumblecore narrative in her review that might as well be titled “Scenes from a Marriage (with Milk).” Is love everlasting? Can the monotony of life kill a marriage? What is gourmet milk anyway?

UFO Detector
Amazon sells a UFO detector, which is super convenient unless you’re an actual alien hiding out on earth, which seems to be the case with reviewer A Trustworthy Human, who is right out of an E.T. sequel: “I, as a resonable and trUstworthy hUman, do not gleep nerp this ungood prodUct. Bad it is for Us hUmans to purchase and opperate this online pUrchasable prodUct. UFO detectors are so dUmb because all humans from Earth like the one I am, know that we I mean they do not even exist! Ha Ha.” Nice try, buddy.