Home Uncategorized The 5 Best Things to Do In L.A. This Weekend, Hands Down 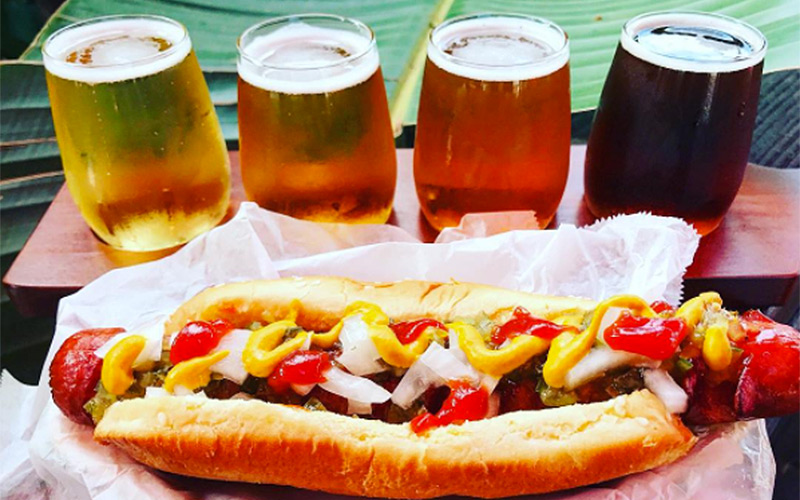 A post shared by Griffith Park Beer Garden (@griffithparkbeergarden) on May 10, 2017 at 3:18pm PDT

Q: What’s better than spending a Saturday hiking in Griffith? A: Spending a Saturday hiking in Griffith and then drinking a whole bunch of beer afterwards, because #EarnedIt. Starting May 13 and continuing weekly on Saturdays “for the next four months or so,” the Griffith Park Beer Garden (aka the patio outside of the Roosevelt Cafe) will be open to hungry and thirsty Angelenos. Farmer John brats will be served alongside brews from Iron Triangle, Garage, Coronado, and others. Twenty bucks buys you a brat with all the fixings plus a flight of four beers. More information (May 13, Roosevelt Cafe in Griffith Park)

Put a face to the voices in your head at this live show from podcast network Radiotopia. Sonic series like 99% Invisible (about “the thought that goes into things we don’t think about”) and The Allusionist (which dissects the origins of words) come to life on stage at the Theater at the Ace Hotel. More information (May 12, Ace Hotel)

It’s been said that there are two classic blunders. The most famous is never get involved in a land war in Asia, but only slightly less well-known is this: never miss a chance to see this 1996 play. Written by and starring character actor Wallace Shawn, aka The Princess Bride’s Vizzini, the politically charged show staged at REDCAT follows three characters as they navigate their country’s new totalitarian regime. For some, its themes may feel eerily relevant. More information (May 11-21, REDCAT)

Watching a movie in a cemetery—a tombstone’s throw from the bodies of dead actors—would seem creepy in most cities. In L.A., it’s a ritual. On May 13, Cinespia kicks off its “Sweet 16” year of outdoor screenings at Hollywood Forever; the lineup includes Chinatown, Boogie Nights, North by Northwest, and Clueless. More information (May 13, 20, 27, 28, Hollywood Forever)

Eberle, Vanity Fair’s photographer at large, found fame with minimalistic photos of architectural standouts (like Disney Hall and the Prada Store on Rodeo Drive). On May 4, the Julius Shulman Institute honors him with their JSI Excellence in Photography award; an accompanying exhibition runs through June 25 at the Woodbury University Hollywood Outpost (WUHO). More information (Through June 25, WUHO)