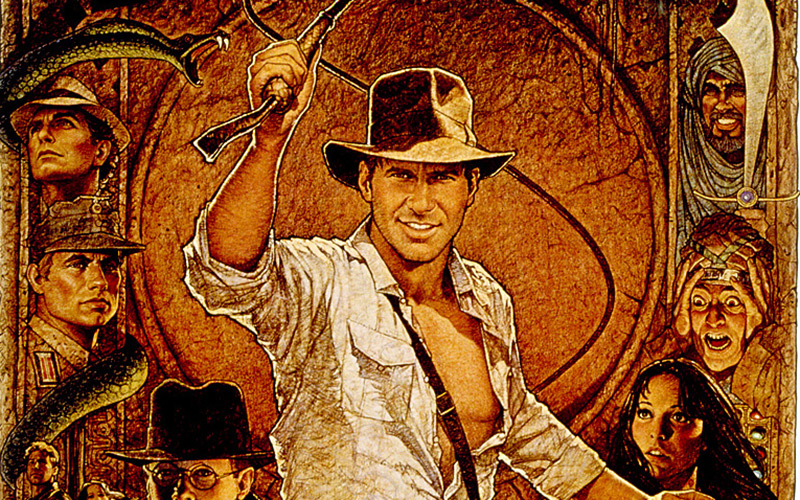 Professor of archeology, expert on the occult, and—how does one say it—obtainer of rare antiquities, Indiana Jones, takes over the Hollywood Bowl on Friday and Saturday for a screening of Raiders of the Lost Ark. In true HB style, the LA Phil will be on hand to play John Williams’ iconic score live right over the flick.

Head to Chinatown for a night of art, food, music, and cooking demos starting at 5 p.m. Try your hand at calligraphy (see what we did there) between 5 p.m. and 8:30; Stop by the Culinary Stage at 8:30 p.m. for an eating contest; Catch THAIS Inc. doing some fruit carving until 9:30 p.m. Food trucks will be lined up for your gorging pleasure, and galleries along Chung King Road will have their doors open to visitors (some will even have alcohol waiting).

If ever you’ve wondered what it’d be like to hang out with a spooky masked weirdo in a turn-of-the-century Parisian opera house, then have we got news for you. Into the Film stages an immersive experience this weekend based on Lon Chaney’s Phantom of the Opera (1925). Guests who attend the murder mystery-esque event will be given characters ahead of time and tasks they must fulfill; it’s all topped off with a screening of the classic black-and-white movie.

Angel City Brewery is testing out that whole “everything is better with avocado” theory by putting it in their beer. The DTLA public house opens its doors this weekend for the 5th Annual Avocado Fest celebrating the release of their Avocado Ale. Get there early to catch live music, avocado-themed contests, a crowd-painted mural, an outdoor beer garden, and more. Buy all the brew you can handle because part of the proceeds benefit Art Share-LA and the Ron Finley Project.

It’s a retro twofer this weekend with two days of drive-in screenings at the Lake Balboa Complex. First up is E.T.: The Extra-Terrestrial on August 4; Back to the Future is next on August 5. There’s a pre-show ahead both, each featuring groups who must only get hired to play screenings of these films: see Alien Dance Band, a Blue Man Group-style crew, ahead of E.T., and the bodaciously ’80s Flux Capacitors Band ahead of Back to the Future. Music starts at 7:30, screenings start at 8:30. No need to eat before—there will be plenty of food trucks on hand.