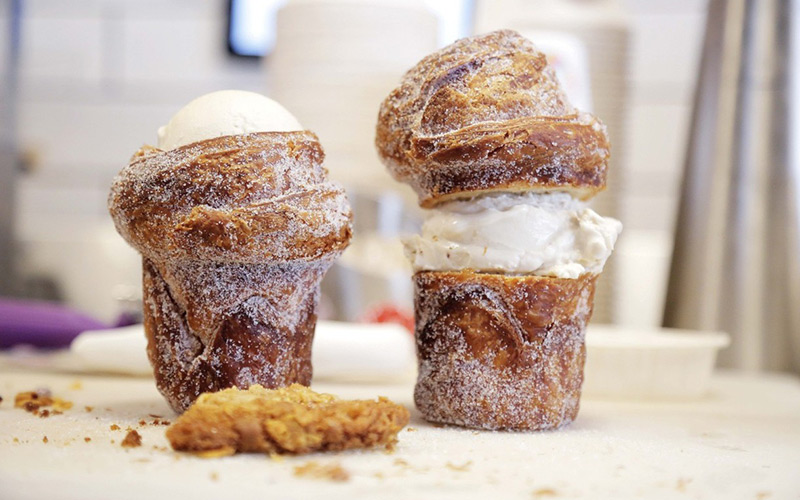 It’s rare to see Kelly Slater-level shredding in these parts, so grab a slice of sand and watch while you can. Pros (and bros) descend on the south side of the Huntington Beach Pier to compete in heat after heat, all for a shot at $100,000 and a place in the World Surf League championships.

There was a time, in the years between Risky Business and, oh, let’s say The Last Samurai, that Tom Cruise was not a movie star but the Movie Star. From the dudes who brought you Point Break Live! comes Tom Gun Live: A Maverick’s Homage, a live parody of Top Gun described by creator Thomas Blake, Jr. as “Waiting for Godot, but waiting for Tom Cruise.” (Sold.) Expect tiny missiles on ziplines, paper airplanes, a “Take My Breath Away” sing along, and lots of audience participation.

“Mexican acoustic guitar” sounds chill, but not when it’s performed by Rodrigo Sánchez or Gabriela Quintero (their song “Tamacun” was used in Breaking Bad ’s pilot). The duo brings heavy metal/nuevo flamenco/rock to the parklet at the Annenberg Space for Photography as part of KCRW’s “Sound in Focus” series.

What is a Cruffin? WHAT IS A CRUFFIN? Wake up, sheeple. Mr. Holmes Bakehouse and Smitten Ice Cream have teamed up to blow your mind this weekend, when the former’s signature croissant/muffin hybrids will be stuffed with Smitten flavors. It’s all going down at the Larchmont location at 11 a.m.—get there early, because these babies are gunna go fast.