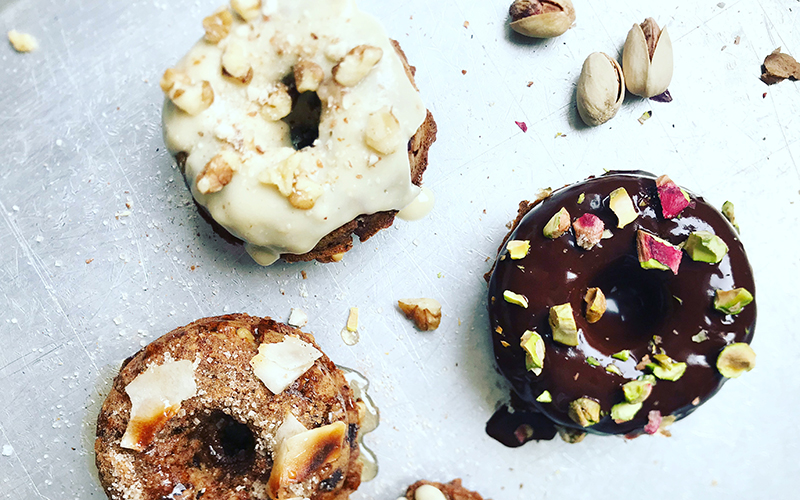 L.A. Food Fest is giving a whole new meaning to Sunday Funday with their monthly events in DTLA. This weekend they’re warding of the Sunday Scaries with an Ice Cream Social theme, meaning you can stop by 2nd and Broadway between 11 a.m. and 7 p.m. for bites from Carmela Ice Cream, Jeni’s Splendid, Peddler’s creamery, and FataMorgana Gelato, not to mention the Churro Garage, 3941 Tamales, Boba ni Tacos, and more. There will also be a marketplace curated by Artisanal LA, where vendors like HOUSE and Archetype Beard will be slinging local goods all day.

iPic’s creature comforts are nice, but it’s hard to beat the gilded glamour of L.A.’s historic movie palaces. The Los Angeles Conservancy shows oldies (but goodies) in a few of our architectural stunners, including Who Framed Roger Rabbit?—arguably the most impressive animated film of all time—at the Los Angeles Theatre this weekend. Show up at 1 p.m. to catch a set from the barbershop quartet Bank of Harmony as well as a panel with the film’s stars Charles Fleischer and Joanna Cassidy and associate producer Don Hahn; stay after to learn all about the architecture of the theater.

Come see about Diana Ross at the Hollywood Bowl—the Supremes songstress and solo diva is kicking of the venue’s summer season. Catching a Motown legend in the flesh is thrilling enough, but if you need some extra icing on your imaginary cake, there will be fireworks, too.

L.A.’s unofficial official pastry gets its moment in the sun at Union Station. Vendors are slinging all types, from cake to glazed to trendy third-wave varieties. Don’t skip the “live fry” station, where a hero in a chef’s hat serves up hot doughnuts to order.

Sidewalk chalk, like time or the availability of your fave Netflix series, is fleeting. Paseo Colorado hosts the largest street-painting festival in the world, one where artists go through more than 25,000 sticks of chalk (can you guess the most popular color? JK we’ll tell you, it’s blue); stop by to see an impressive array of temporary artworks in categories like Best Animation Mural and Best Rendition of a Masterpiece. There’s even a Chalk of Fame for pieces that recreate movie posters and scenes from film.

These Drawings From The Pasadena Chalk Festival Are Insanely Amazing