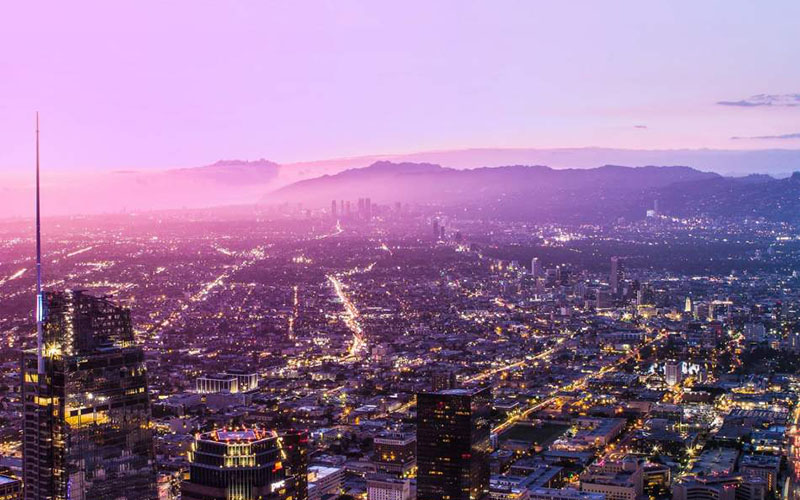 About 80 breweries (Bell’s! Iron Triangle! Boomtown!) gather on the outskirts of DTLA at Los Angeles Center Studios on Saturday to pour more than 200 beers, everything from ales to lagers to saisons to ciders to stouts to malts to IPAs to ESBs—whatever those are, and don’t pretend like you know. Show up for one of two timed entries (noon to 3 p.m.; 5 p.m. to 8 p.m.) and try to sip them all if you dare. You’ll also find more than a dozen food trucks, live music, and probably a thoroughly sloshed former Tinder flame or three, so a great time is guaranteed.

Zoey Taylor and David Connelly, aka Dosshaus, are artists whose material of choice is cardboard. Their latest solo exhibition brings a 2,000-square-foot flophouse that’s equal parts whimsical and seedy to life, but nothing is really as it seems. Rooms separated by “paper-thin” walls are filled with the pair’s optically confounding, cartoon-like cardboard sculptures—suitcases, chandeliers, tiny room keys—painted in black, white, and gray; the artists will even appear within their installations at set times wearing clothes made of paper and cardboard and portraying the characters their rooms are modeled after.

This year marks the 25th anniversary of Jurassic Park, and what better way to celebrate paleontologist Dr. Alan Grant, paleo-botanist Ellie Sattler, and chaos theorist Ian Malcolm than with this song-studded adaptation at the Rockwell Table and Stage? There will be dinosaurs, and we can only hope that Jeff Goldblum will make a delightful cameo since he’s at the Rockwell most weeks anyways.

Twice a year, artists who live and work in what was formerly a Pabst Blue Ribbon factory open their homes and studio spaces to the public for a massive craft fair. And this weekend is one of those times, so don’t blow it. It’s the rare opportunity for excavators of the finest local art and non-creative types to go home with a one-of-a-kind oil painting or mixed-media sculpture; stop in between 11 a.m. and 6 p.m. either day and make off with a fancy new piece of handmade swag.

If the kids are still on spring break and you’re reaching for ways to fill their days, toss ’em in the car (gently!) and head to Knott’s Berry Farm for the final weekend of their Boysenberry Festival. The theme park celebrates the berry it claims to have invented with more than 75 boysenberry-flavored foods and beverages, from quesadillas (?) to deep-fried cheesecake with boysenberry icing to boysenberry Icees to boysenberry beer, plus pie-making, boysenberry merch (buy a plant and grow your own b-berrys at home if you’re extra like that), and more.

These Artists Made an Entire Hotel Out of Cardboard