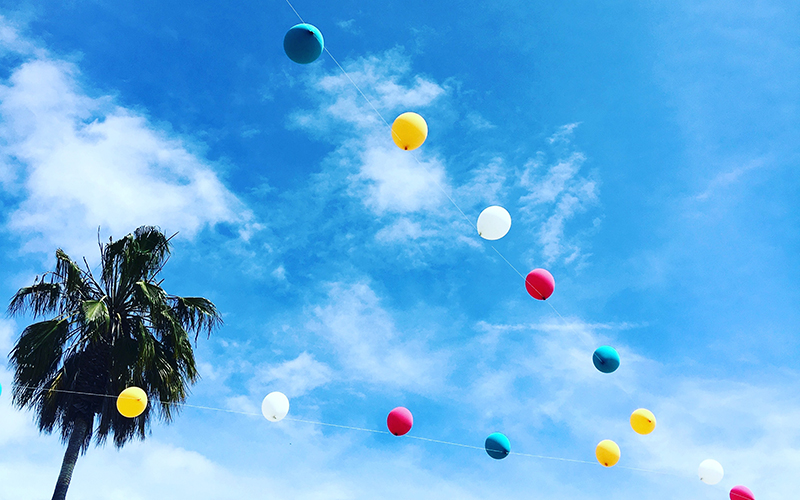 The Museum of Selfies
April 1-May 31


This is not an April Fools’ joke: The Museum of Selfies opens in Glendale on April 1. This pop-up in museum says people were doing the whole self-portrait thing as far back as 40,000 years ago and sheds a little light on the practice, detailing the storied history of people re-creating their own likenesses. If you’re only doing it for the ’gram, don’t fret; There are plenty of interactive, selfie-friendly installations (the “car selfie,” where you can snap a pic of yourself in front of a VW bug covered in mirrors; the “selfie throne,” which mimics a throne from a TV show—our guess is Game of Thrones—made entirely of selfie sticks; the “high-up selfie,” which will trick viewers into thinking you’re on top of an L.A. skyscraper). There will also be work from the likes of angel wing artist Colette Miller and kaleidoscope box maker Matt Elson.

No need to fly to D.C. to see lovely Japanese flowers. Descanso Gardens celebrates its princess-pink cherry blossoms—not to mention its lilacs and tulips—with a final weekend of guided weekend walks, origami demonstrations, and woodblock print workshops. It’s not like the flowers are going to disappear, though; head back to see even more springtime bounty even after cherry blossom season ends.

If you’re super serious about movie trivia, then you have to check out this Movie Trivia Night on April 1. It’s hosted by the Vidiots Foundation–vidiots is the iconic video rental store thats been able to stay afloat thanks to boosters like David O. Russell and producer Megan Ellison–and let me tell, you, this is for film buffs. Head to Segovia Hall on the second floor of the Ace Hotel downtown for what they describe as the “most exciting and challenging (but in a fun way) game of movie trivia in L.A.” You can play solo, but we don’t recommend it…bring up to three people for your team to up your chances. Admission is free, but RSVP is required, so shoot a note over to [email protected] and tell him you’re coming.

King Tut: Treasures of the Golden Pharaoh
Through January 6

Cram a little history into your weekend between church and easter brunch at the California Science Center, who is hosting the most significant King Tut exhibition to travel stateside to date. More than 150 items that the mummified pharaoh was supposed to take with him into the afterlife are showcased, from weapons (blades, boomerangs, bows and arrows) to more practical stuff (containers, statues, jewelry, clothes). That’s triple the number of relics in any previous exhibition. If you’re trying to holler at Tut himself, though, you’re out of luck—he stayed in the Valley of the Kings.