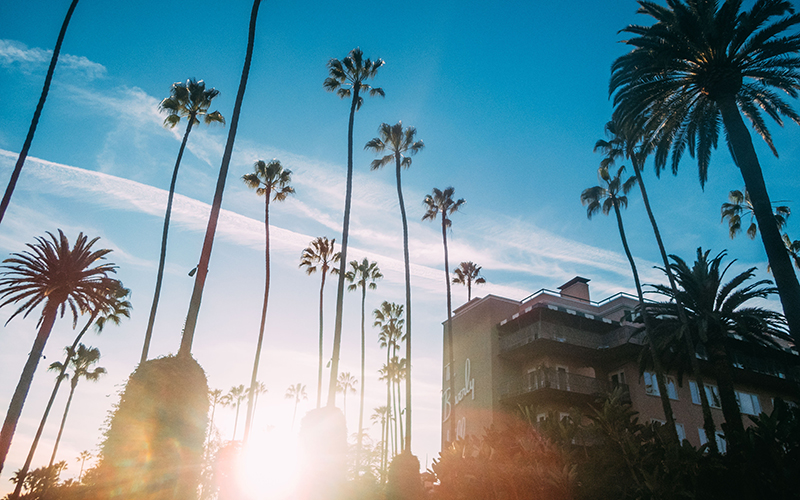 Christina Tosi’s famed NY-based sugar factory is set to open in L.A. sometime “in the first half of 2018,” which is, like, forever in dessert years. Get an early taste this weekend at a pop-up collab between the bakery and Reformation (the Melrose location). Is it kind of counterintuitive to eat treats whilst trying to fit into clothes? Yes. But go with it, because Milk Bar is delicious. Free delicacy with any purchase.

Once the smoke clears from the traditional salvo of 100,000 firecrackers, ring in the Year of the Dog and stick to your resolution to stay fit. Cyclists hit the road on Saturday for 20- or 40-mile rides. On Sunday, hoof it on a 5k or 10k walk/run. Your registration fee covers a slew of goodies, including a themed tee, a beer (for the over-21 set) and access to the entertainment at the Firecracker Festival. All net proceeds go to local elementary schools and nonprofit organizations.

Flip through the photographer’s new book, and you’ll get a snapshot of Los Angeles in the ’80s: Striking black-and-white portraits of Madonna, Michael Jackson, and Cyndi Lauper offer a slice of the city’s arts and entertainment scene. A slide show and video accompany Rolston’s discussion of the book at the Annenberg Space for Photography; see some of his portraits IRL at Fahey/Klein gallery from March 2-April 21

Stargazing at the Cahill Center for Astronomy
February 23

According to CalTech astrophysicist Matt Orr, galaxies have one job, making stars, and they’re terrible at it. Come learn what he means during a free, family-friendly, half-hour lecture at the Cahill Center for Astronomy in Pasadena. After the talk, there will be 90 minutes of guided stargazing using the university’s telescopes.

The L.A.-based ceramist died on January 28, just a month before this retrospective of her six-decade career would inaugurate the Main Museums new 2,750-square-foot-gallery. Stop in to see dozens of De Larios’s sculptures and ceramics, plus sketches and notes from the artist’s globe-trotting in the early ’60s and hand-thrown dinnerware (which is part of a line she started with her daughter and son-in-law in 2012).