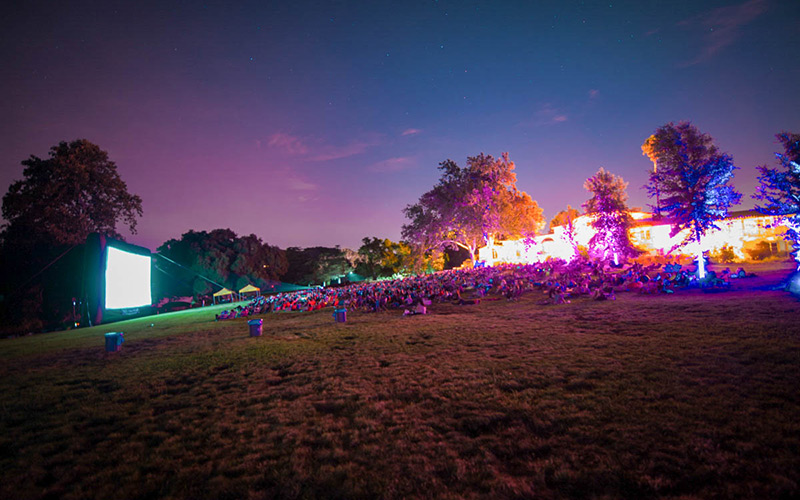 Outdoor movie-ing reaches hard-core heights at this camp-in screening. Pitch a tent (or park your camper) at Calabasas’s King Gillette Ranch for the 1987 vampire flick The Lost Boys. The movie is supplemented by a cash bar and lots of food (including breakfast). BYO s’mores ingredients for late-night fire pits and comfy shoes for a midnight hike.

Yosemite is cool, but is it worth the $30 vehicle fee? No need for debate on this particular day, when the cost to enter all national parks is waived. Stay close to home by trekking through the Santa Monica Mountains or venture to Joshua Tree for a camping trip; it’s your last chance for a freebie until Veterans Day.

A post shared by Virtuoso Music Publishing (@virtuosomusicpublishing) on Aug 22, 2017 at 6:05pm PDT

The little film festival that could is now the stuff of a genre buff’s dream. Sci-fi meets horror meets fantasy (and then some) at the Egyptian Theatre, where programming includes 23 different West Coast premieres, old classics, live music, and more. The whole shebang kicks off with a screening of Brawl in Cell Block 99 (Don Johnson and Vince Vaughn will be on hand); check the schedule for more appearances from stars like Arnold Schwarzenegger, the cast of Napoleon Dynamite, and Jean-Claude Van Damme.

This CicLAvia-esque fest returns to Santa Monica on Sunday from 10 a.m. to 4 p.m. Two miles of streets—Ocean Avenue between Wilshire and Tongva, and Main Street between Colorado and Marine—will be closed off to traffic, meaning you’ll be able to walk, bike, rollerblade, Segway, etc etc in the middle of the road without fear of being hit by a car. There will be performances from the all-female Mariachi group Las Colibri and the hip hop crew Antics, plus pinata making, cooking demos, virtual reality experiences, and more all along the route.

The Moth: Leap of Faith
October 1

The beloved storytelling show takes over the Broad Stage in Santa Monica for one night only. Stop by to hear weird and wonderful tales from Terrance Flynn, Bruce McCulloch (Kids in the Hall), Lolita Lledo, Shauna McGarry, and Donna Otter, all of whom will be regaling the audiences with true stories tied to the evening’s theme.