Home Uncategorized These Are the 5 Best Things to Do in L.A. This Weekend 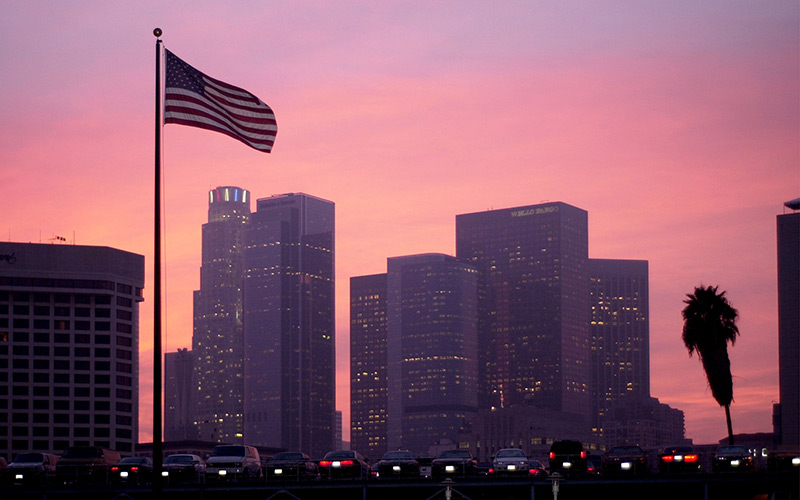 When you have weather like we do and also happen to be the entertainment capital of the world, outdoor movies just make sense. The Ritz-Carlton has jumped on the summer screening bandwagon by showing films on its 26th floor terrace. The series ends this weekend with two screenings of Father of the Bride on August 25 and 26 (every party has a pooper—don’t let it be you). Indulge in a two-course menu ahead of the flick at Wolfgang Puck’s WP24 for $85, or ball on a budget for $25, which gets you into the movie as well as some Wolfgang-approved snax (housemade potato chips, caramel corn, Frosé).

Building, customizing, and painting a primo lowrider is an art, not a hobby (just ask Mister Cartoon). A host of iconic cruisers will be parked at the Petersen Automotive Museum on Sunday, August 27 in honor of the new exhibition The High Art of Riding Low: Ranflas, Corazón e Inspiración. Peruse (and Instagram) the cars’ candy-colored greatness while enjoying free bagels and coffee.

The Meltdown may be dead and gone (RIP, best comedy show in the country), but Chris Hardwick’s NerdMelt Showroom is still churning out some gems. Catch Sh*t Arcade: Comedians Play Bad Games on August 27, which is going to be exactly what it sounds like. Host Mike Drucker and comedians like Adam Conover and Zoe Quinn will—along with audience members!—play and make fun of terrible video games including (but not limited to) Shaq Fu and Bible Adventures. Start warming up those thumbs.

Pack a picnic, and be sure to eat some carbs before you head to the West Lawn of Barnsdall Art Park on August 25. Silverlake Wine will be pouring the good stuff between 5:30 p.m. and 8:30 p.m., and micro-popups from the likes of Jeni’s Splendid Ice Cream and The Cheese Store of Silver Lake supplement whatever food you might bring on your own. A $35 fee gets you beverage access, but cough up $50 and you’ll get the wine plus a tour of Frank Lloyd Wright’s famed Hollyhock House.

Think Tank Gallery reopens its DTLA doors for this month-long “love/hate letter” to L.A. stereotypes (some false, many true). As the name suggests, there will be events that involve drinking (like the drunken eulogy comedy show It’s Your Funeral), cannabis (420-friendly speed dating), and some that will be “dry as the Mojave desert,” per the organizers. On August 27, you’re in for Brew High High, a drinking/smoking game show, but over the course of the month you can expect everything from escape rooms, brunches hosted by Roscoe’s, and art installations inspired by the ’84 Olympics, the Lakers/Clippers rivalry, traffic (claaaaassic), Koreatown liquor stores, and more.

RELATED: The Annual Labyrinth Masquerade Is Here to Bring Magic and Wonder to Your Workaday Life

Estevan Oriol and Mister Cartoon, a Pair of L.A. Originals, Tell Their Story