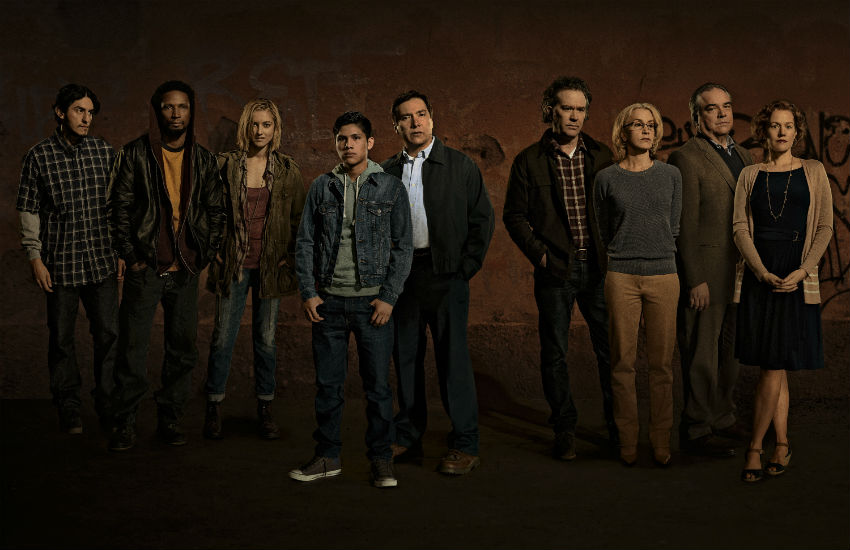 “Hate crimes can’t happen to white people,” cries Barb Skokie (Felicity Huffman) in the second episode of ABC’s new series American Crime, which uses a violent crime to explore the complexities of race in America in 2015. Director and writer John Ridley, best known for writing 12 Years a Slave‘s screenplay, uses the dramatic context of a home invasion in Modesto to ask questions about race, bias, and injustice. Striking for its emotional honesty and willingness to portray moments of discomfort, the series seems much more like cable than network television: Think The Wire, not Law & Order.

The star-studded ensemble cast, which in addition to Huffman includes Timothy Hutton, Penelope Ann Miller, Lili Taylor, and Benito Martinez among other familiar faces, provides competing perspectives about plot events as they unfold. The victims are a young white couple—“a perfect couple,” as Barb tells a reporter—and the suspects are African-American and Latino, arrested on seemingly circumstantial evidence. Each character—from a strung-out junkie to an enraged and bewildered father of a juvenile suspect—is crafted with respect and a level of nuance that makes this world feel almost too real, and painfully so. Ridley is less interested in crime than in what it means to be American: who we are, who we say we are, and who we want to be.

At the conclusion of the first episode, the audience learns that the victim may have been a drug dealer. Ridley’s narrative method—revealing information piecemeal so that our understanding of each character deepens slowly, almost archaeologically—ensures that we will come to understand, if not forgive, a victim who may also have been a perpetrator. This, it seems, may be Ridley’s real goal: to demonstrate that regardless of how we might be viewed through the black-and-white binary of the judicial system we all exist in a grey area.