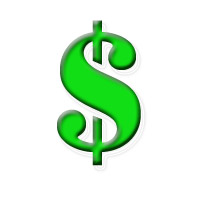 The list of organizations slated to get a piece of the L.A. County Arts Commission’s $4.1 million pie includes big ticket museums like MOCA, the Skirball, and the Autry, each of which received over $100,000. But among the 175 awardees are also several smaller and less famous arts organizations including Arts for LA, the Santa Monica Group Theatre, and the Los Angeles Music and Art School.

Doled out in two-year grants, the awards range from $3,500 to over $200,000. No matter how large or small the amount, a cash infusion never hurts. For smaller arts orgs, hit hard by the recession and declining donations, the money is especially significant.

Bob Klein, co-executive producer of the Festival of New American Musicals. which received $9,700, says, “Nothing would be possible without grant funding. We couldn’t be in business. Without the county arts support, there probably would be precious little culture in California. All of the important cultural arts support comes from the county.” His organization will use the money to fund outreach projects such as Showsearch, a national search for musicals created by high school and college age kids.

A full list of grantees and their awards can be found here.

[Additional reporting by Michelle No.]