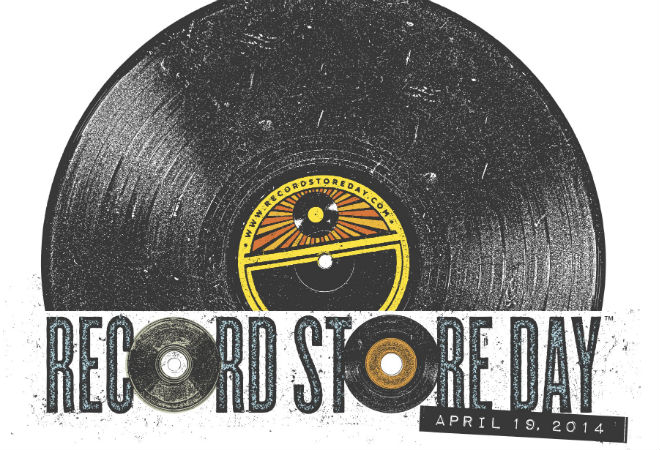 This Saturday will likely be the busiest day of the year for record stores. That’s because it’s International Record Store Day (April 19), and that’s when the ever-dwindling number of brick-and-mortar record stores bring out the big guns, packing the day with events, uncrating rare and obscure albums, offering discounts and freebies, and hosting in-store performances.

While stores on every continent (except Antarctica) will be celebrating the holiday, we asked musicians from four local bands that we’ve profiled to recommend their favorite Los Angeles record stores.

Carlos Arevalo (Chicano Batman)
It’s always exciting going into Amoeba Records because of their vast selection. You come out with things you never realized you needed. I’ve been going there for about 12 years. Chicano Batman played there once; it was a really special gig. They’ve had so many big names like Paul McCartney, who played there recently. The staff is great. I always get lost and have a good time in the jazz section. Coltrane and Davis from the ’60s, that’s the kind of stuff I look for. Finding Miles Davis’s Live-Evil double live-LP mixed with studio tracks from the ’70s was big for me.

Kirk Podell (Neighborhood Brats)
I’m really into Mono Records on Glendale in Echo Park. It’s a smaller store but they have some of the best secondhand stuff I’ve ever seen. The guitarist of Geisha Girls, John Roller, opened it about a year ago. He has an insanely well-put-together collection of vinyl. Whenever I’m in L.A. I drop by just to see what he’s got under “New Arrivals.” There are always 10 or 12 things I wish I could grab right there on the spot. I look for rare Southern California New Wave and punk. I’ve found early Missing Persons albums there. If you’re into dub and reggae, Mono’s well stocked, too.

George Rager (Neighborhood Brats)
My favorite L.A. record store is Headline Records on Melrose. I’ve been going there on-and-off for the last 10 years. It’s the oldest punk rock specialty store in L.A. They always have a great selection and they keep up with all the cool new stuff. For me it’s one of those record stores where you can browse forever. I like to look through all the new stuff and find things I’ve read reviews of in Maximum Rocknroll or Razorcake.

Avey Tare (Avey Tare’s Slasher Flicks, Animal Collective)
I really like Origami Vinyl in Echo Park. I’m a big fan of their used 7” section. I’ve found some very cool and obscure 45s there. I don’t look for anything in particular when I’m there. Most times a cover will just grab my eye. I’ve found everything from weird Mexican 45s to strange post-punk. It’s kind of all over the place, but I’m like that as a listener, too. I mostly look for used records. There’s so much out there that hasn’t been reissued and is just waiting to be discovered. My best buy at Origami was a 45 called “Amigo’s Guitar.” I forget who the artist is but it’s a Spanish country song. That was one of my favorite songs last year.

Gueorgui Linev (Kan Wakan)
I’m a massive Amoeba fan. They have a pretty dense selection of music and it’s kind of the last of the Mohicans in terms of its size and diversity. It used to be a day journey for me. I’d get lost in there for hours and come out with weird German noise records that my roommates despised me for. It’s also been a great place to go check out stripped down sets from new and familiar bands from all over. One time I randomly ended up inside Amoeba in the midst of a Tom Morello acoustic set. I once applied for a job there, too. I wanted it to be like High Fidelity. It seemed like the coolest job in the world.

For Chicano Batman’s Eduardo Arenas, There’s a Silver Lining to a Canceled Tour