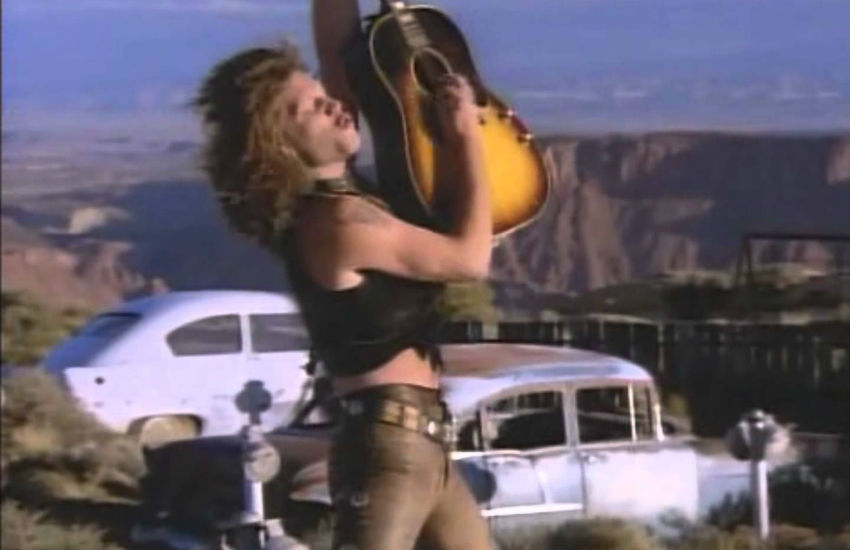 The Best Song category at the Golden Globes tends to be overshadowed by some of the other categories. Sometimes the Hollywood Foreign Press’s musical preferences can seem kind of baffling (Remember last year’s winning song “Ordinary Love” by U2? Neither do we). That being said, one glance at the amazing roster of gems from the halls of popular music over the course of the last fifty years (the award has been handed out annually since 1965), reveals the Hollywood Foreign Press Association as an ingenious chronicler of pop culture.

This year’s field of nominees is pretty interesting. Lana del Rey is nominated for the title track to Big Eyes, John Legend and Common for the song “Glory” from Selma, Sia, Greg Kurstin, and Will Gluck for “Opportunity” from the musical Annie, Lorde for “Yellow Flicker Beat” from the latest Hunger Games movie, and finally the god mother of punk Patti Smith with “Mercy Is,” which was written specifically for Darren Aronofsky’s Noah and also marks the first piece of music Smith has ever written for film.

The Michael Jackson song everyone forgot about, “Ben” is actually a very touching result of a disturbing premise. The film Ben, which is a sequel to the 1971 horror flick Willard, follows a young boy named Danny who befriends Ben, the rat leader of a violent pack of rodents. Although, Ben ends in tragedy when Danny realizes, after numerous killings, that Ben might not be the best friend for a little boy, young Michael Jackson’s rendition of the title song written by Don Black and Walter Scharf makes the whole thing a little more compelling.

Thank God It’s Friday was released in 1978 during the height of disco and glam. The film has a Rock n’ Roll High School feel to it with plenty of musical intermezzos in between hastily strung together plot lines, but it’s not everyday you get to see Jeff Goldblum perform the role of a creepy, velour clad nightclub owner. Donna Summer’s contribution to the soundtrack, and Golden Globe winner, is a 70’s disco gem.

Berlin’s major commercial success “Take My Breath Away,” written by Giorgio Moroder and Tom Whitlock and featured in aviation action classic Top Gun starring Tom Cruise and Val Kilmer, is perhaps the most memorable output from the Orange County based band. Still, with it’s Twin Peaksy synth vibe and front woman Terri Nun’s emotive gesturing amidst airplane wrecks and spare parts “Take My Breath Away” is an immortal classic.

“Blaze of Glory” is to this day a crowd favorite when it comes to Bon Jovi’s oeuvre. The song was written specifically for Young Guns II starring Emilio Estevez as outlaw gunslinger Billy the Kid. Supposedly, Estevez had requested Jovi’s other western inflected hit “Wanted Dead or Alive,” which is actually about the travails of touring with a band, but Jovi thought a new tune would be more appropriate. Jovi has a brief cameo in the film as one of the Kid’s henchmen who is shot about a second after appearing on screen.

“The Hands That Built America” was on the soundtrack to Martin Scorsese’s great nineteenth-century American immigrant epos Gangs of New York, starring Leonardo DiCaprio, which is why there are a lot of allusions to the Irish potato famine, railroad building, and nation forging in the first verse. There’s also a verse about Bill Clinton’s mediation between Northern Ireland and the UK, as well as Bono’s meditations on 9/11. We salute the ambition of this forgotten pearl.

Responding to Backlash, the Group Behind the Golden Globes Admits Six Black Members