Home Uncategorized These 360° Photos from Around Los Angeles Are Almost Too Astonishing to... 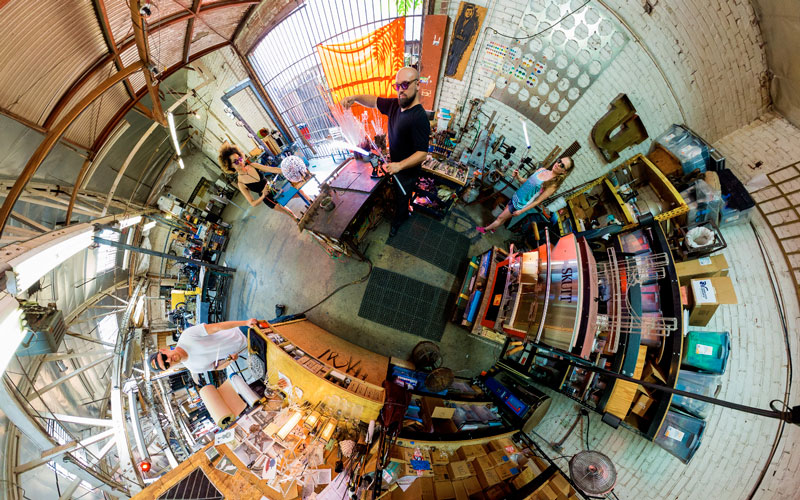 The below photos from local photographer Jim Newberry show scenes from the city in 360 degrees, which, for those keeping score at home, is the maximum number of degrees. You don’t have to understand how these images work (but seriously, how is there no one holding the camera?), you just have to accept that they’re awesome.

There’s literally no better place to be at golden hour.

It’s gentrifying faster than ever, but at least now we’ll always have this photo to remember how it *used* to look.

One of the 100 greatest buildings in the city.

Remember how that video store opened that was stocked with only VHS copies of Jerry Maguire? If you missed it, you can still experience it here.

Literally every person in this image is holding a lit blowtorch, and if you’re now completely reconsidering your career, that’s totally reasonable.

Be sure to look up a the ceiling.

Thomas Harlander is a staff writer at Los Angeles magazine. You can follow him on Twitter and Instagram. He recently wrote: A Local’s Guide to the 100 Architectural Wonders of L.A.