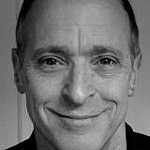 It takes a brave man to calmly discuss—no, dissect—his very first colonoscopy in front of nearly 1,800 people. Nevertheless, David Sedaris did just that when he read an essay titled “The Happy Place” from his newest collection, Let’s Explore Diabetes With Owls. Many humorists tend to shy away from scatological subject matter (it’s widely considered a “cheap” way to achieve laughs), but coming from the mouth of Sedaris, it seems as if there were no topic more refined: Colonoscopic horrors (being “chained to the toilet” and the post-op “farting room,” for example) were no match for Sedaris’ spectacular wit; the colonoscopy itself became secondary to the manner in which he described it. Then again, Sedaris could recite the Health Care Act and manage to make it entertaining.

Sedaris’ most impressive feat, however, is not his ability to make fart jokes palatable to the masses. It is his exceptional ability to grab hold of his audience through intimate storytelling. Each essay is so impregnated with candor, wit, and verisimilitude that the reader can’t help but become invested (which can be difficult when dealing with non-fiction). It’s widely propagated that Sedaris is a humorist, but take a closer look at his pieces and it’s evident that at their core, many of them are truly heartbreaking. Sedaris’ most profound gift is that he can make you laugh and cry all within the confines of the same essay, which is exactly what he did during this week’s reading.

Aside from discovering that Sedaris found his first colonoscopy to be “remarkably pleasant” (due, in large part, to a Propofol-induced delirium), here are a few more facts that we learned about this best-selling author, whose books have sold upwards of seven million copies.

1. He’s A Poet—Sort Of
Let’s Explore Diabetes With Owls has a subtitle: Essays, Etc. And Sedaris wasn’t going to let the “Etc.” go unaddressed. He mentioned that he’d written a series of poems many years ago, but seeing as he’s an essayist, he had nowhere to publish them. Until now, that is. “I figured they fell under the umbrella of ‘Etc.,’” he told the audience. And one more note before he began: “Oh, they’re all about dogs.” Here is one that he read aloud:

Hercules, a Pekingese,
was taken in and dipped for fleas.
Insecticide got in his eyes.
Now he’ll be blind until he dies.

2. He’s Got Some Advice For Future Writers
When asked what words of wisdom he’d give to budding essayists or humorists, Sedaris said,

“Write every day with a pen shaped like a candy cane. Often, pens that are shaped like candy canes are thinner than other pens, so it makes you suffer a bit for your craft. Oh, and read everything. You need to learn how to seduce the reader. Also, read things without being bitter. When I read something that I like, I don’t think, Oh, I’ll never be that good. I mean, I won’t ever be that good, but reading it just gets me excited, not jealous.”

3. He’s Obsessed With His Periodontist
During the question and answer session, one audience member asked Sedaris if he’d found a new dentist after moving from Paris, France (where he lived on and off for 13 years). Anyone who’s read his essays will know that Sedaris is all but obsessed with his French periodontist. “If my French physician is a little disappointing,” he says in the essay “Dentists Without Borders,” “my French periodontist more than makes up for it. I have nothing but good things to say about Dr. Guig, who, gumwise, has really brought me back from the abyss.”

In answering the curious audience member, he explained that no, he has not found a new periodontist; in fact, he maintains a household in Paris—even though he currently resides in West Sussex, England—simply so that he can visit Dr. Guig.