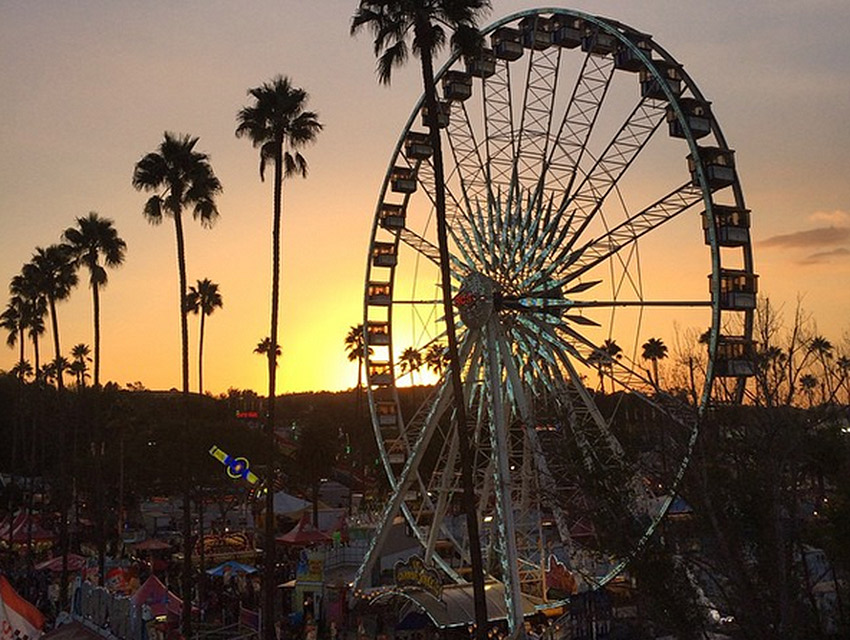 If you’re heading to the L.A. County Fair—or any county fair, really—there are certain things you probably expect to see. Fried twinkies, maybe. Or corn dogs. Perhaps a booth, inside of which you can throw sharp objects at moving targets in order to win a stuffed bear.

But at this month’s event, which will be held at the Fairplex in Pomona from September 4 – 27, attendees will encounter something distinctly un-fair-like. For the third year in a row, the fair’s producers teamed up with exhibit design company Stage Nine to put together a high-tech indoor installation, injecting the otherwise down-home fair with a patently modern flair. This year, the fair is hosting the world premiere of POPnology, a 10,000 square-foot traveling technological exhibit. POPnology illuminates the ways in which technology and culture have merged to revolutionize our daily lives (remember when you needed a separate video recorder, camera and phone?). Here are three things you can expect to see at the installation (and that you should probably try to avoid dripping your corn dog ketchup on):

Virtual Reality
Next year, the first consumer virtual reality headset—called Oculus Rift—will hit shelves. In advance of its mainstream launch, Oculus was made available to a small handful of companies, including Stage Nine. At next weekend’s fair, visitors can try out an Oculus headset and experience two different virtual reality scenarios. In one, you’re floating through space dodging asteroids. In the other, you’re riding a speeding elevator outside of a skyscraper—an elevator that has no walls.

Robot Arms and Dinosaur Eggs
The scientists at POPnology have designed several remotely controlled robot arms, two with three fingers each and one with five. One of the arms picks up blocks, and another—in true Jurassic Park past meets not-so-distant-future form—picks up dinosaur eggs. The program even features a dinosaur parent who gets mad as you remove its spawn.

The DeLorean
Yes, THE DeLorean. Well—one of them. Five versions of the famous car were built for the filming of Back to the Future 2, in which our heroes head backwards in time in order to fix a very muddled present. The DeLorean will likely appeal to the 30-plus set, but kids might be interested to know that the film’s “future” happens to be set in the year 2015. The filmmakers “were predicting what year 2015 would look like” when they made the movie in 1989, says Michael Converse, one of the fair’s producers. “The fax machine was a big deal then, so they thought, ‘everyone will have a fax machine. Maybe we’ll pull paper off our wrists or something.’ Well…it just didn’t happen that way.”