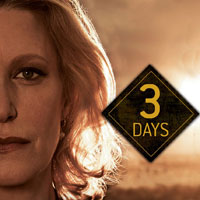 In 2012, the DEA hauled in almost five times as much meth in the Southwest as they did in 2008, the year Breaking Bad debuted. That’d be 10,137 kilograms last year compared to 2,241 kilograms in 2008, according to MarketWatch. Though the show has been great for everyone involved (ex: creator Vince Gilligan, star Bryan Cranston), that’s bad news for real life meth dealers.

Is it due to increased enforcement? Have other drugs become more popular? Has the show, with its unfliching depiction of the drug trade’s brutality, had any impact on those numbers? We have no idea and officials won’t speculate. But here’s another fascinating fact from the same story: In the last five years the street price of meth has decreased 72% while the purity of the drug has increased drastically. That’s a double-edged sword for addicts. On one hand, you get more bang for your buck. On the other, an already addictive substance becomes that much harder to kick.

In other Breaking Bad news, add Charlie Rose to the list of the show’s celeb fans. He admitted to binge-watching five seasons over the course of a weekend. He’ll make a cameo on the final season (perhaps reporting a news story about a massive drug bust?) and to prepare for the role, he gorged on the show.