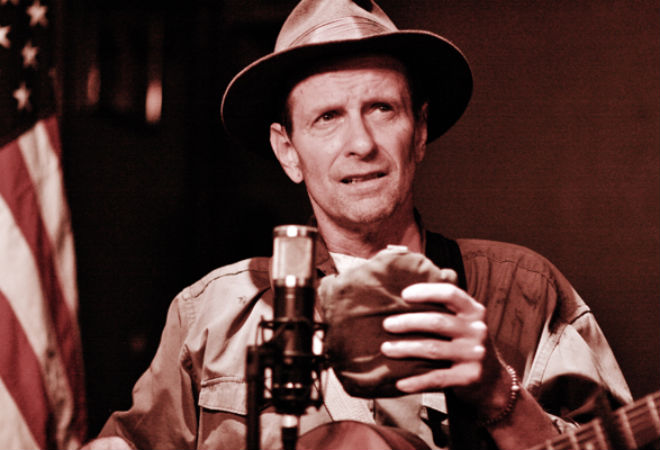 With more than 275 performances at some 30 venues, the Hollywood Fringe Festival, which opened last Thursday (June 12) and runs through the end of the month, is one of the best ways to get a dose of cutting-edge theater, experimental performance, and shenanigans.

What makes it so strange and interesting project is its anarchic philosophy: creating an open space for anyone interested in exposing their work to a larger audience. There’s no selection committee; it’s first come, first served. The schedule reflects that. The shows vary greatly in quality. You could get stuck watching an awkward monologue that never seems to end (“Chapter 8: Why my mother hates me!”) but you might also catch a truly transformative experience that will change how you look at the art of storytelling. Roll the dice; it’s all in the spirit of Fringe.

For The Kids
Magickal Monsters
This one should be a hit with the kids. This play features evil faerie lords and a protagonist named Puck who is described as “the most awesome faerie dude ever.” It’s all about teaching kids kindness through play. Writer and star of the show David LeBarron promises that it will be silly, at times scary, and full of dancing, masks, and martial arts.
When: Sunday, June 22, 1 p.m.
Where: Theatre Asylum

For The Laughs
Telenovela Wives of Pancho Villa
This show promises to be a thigh slapper. The central premise is a mashup of two Mexican cultural forces: revolutionary general Pancho Villa and the TV telenovela. Pancho is a distant father and estranged from his wife Doña Luz. We’ve got great expectations for this one.
When: Friday, June 20, 7 p.m.
Where: Schkapf

For The City
Echo Park
Despite its discouraging subtitle, “A Play That Finds Life at A Standstill,” we’re interested in the play, which chronicles lives in Los Angeles where they are usually lived: behind the wheel of a car. Trapped in terrible rush hour traffic (is there any other kind?) diverse characters reveal their true selves.
When: Saturday, June 28, 5 p.m.
Where: Ruby Theatre

For The Music
Hard Travelin’ With Woody
One of the greatest American singer-songwriters of the 20th century, Woody Guthrie, gets the multimedia treatment from actor and playwright Randy Noojin, who premiered the one-man show at the New York Fringe Festival and has been touring the country with it since 2011. As he performs the troubadour’s songs Noojin re-contextualizes the Great Depression for a modern audience.
When: Monday, June 23, 8:30 p.m.
Where: Theatre Asylum

For The Rockers
Riot Grrrl Saves The World
Check out the world premiere of a play about three young punk rock grrrls who learn that the apocalypse is around the corner when a Jehova’s Witness stumbles into their meeting. We’re hoping for an all-Bikini Kill soundtrack on this one.
When: Thursday, June 26, 8:30 p.m.
Where: Theatre Asylum