Home Film 21 Movie Theaters in L.A. You Need to Experience Before You Die 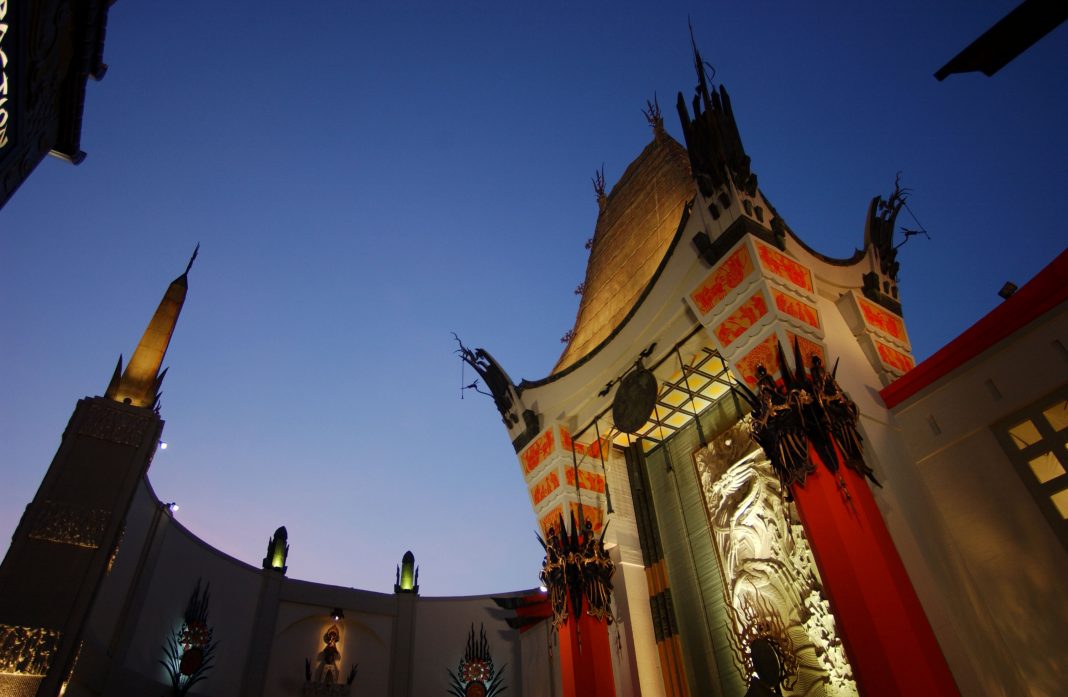 As residents of Los Angeles, we’ve been blessed by the gods of cinema. We have AFI Fest, Cinespia, and an increased likelihood of running into Orlando Bloom at Whole Foods. But maybe the best thing about living in the quote-unquote “Entertainment Capital of the World” is our menagerie of interesting movie theaters. For any type of film—surrealist art-house shorts, adrenaline-thrumming superhero flicks, whatever it is that Terrence Malick is doing—there’s a big screen in town that perfectly suits it. These 21 theaters are upping our entire city’s cinema game, transcending the low bar set by that Johnny Rockets-adjacent Regal Multiplex down the street. Here, broken down into three semi-coherent thematic categories, are the best, most groundbreaking, most unexpected theaters in the city of L.A.

The most iconic movie theater in the world also happens to be one of the few places to see 3D films the way God intended—in IMAX with laser projection. The technology makes for a crystalline picture with crazy depth, and only nine theaters in the U.S. are equipped with it (including the AMC at CityWalk, which is great except that CityWalk is the fourth circle of Hell). If you think you hate 3D movies because they’re blurry, or dim, or give you a migraine, you haven’t seen one in this format. Trust us, it will change your life.

On typical days this outpost of the Korean theater chain shows current Korean blockbusters with English subtitles and vice-versa. As if that wasn’t enough of a draw, it occasionally brings out the big guns and does a showing in ScreenX, where the film is projected onto a 270-degree wraparound screen that extends the action into your periphery.

Normally we wouldn’t condone this type of excess, but sometimes you just need to see a epic action flick in a seat that jolts you around whenever someone gets punched. With 3D and motion seats and scent effects and wind and smoke and rain and lightning and live bats that are released into the theater at key moments (JK about that last one), 4DX is purportedly the “next generation for the movie-going experience.” Their words, not ours.

Two years ago, Dolby Laboratories started rolling out “Dolby Cinema”—a theater getup combining their crazy good Atmos sound system with Dolby Vision, which uses laser-illuminated projectors for crisp colors and deep, deep blacks. Sure, IMAX has laser projection too, but Dolby’s projected images hit a peak luminance of 31 foot-lamberts (as opposed to IMAX’s 22). That’s your cue to nod like you understand what foot-lamberts are and say, “Woah, that’s crazy luminance.” Because it is. Dolby has introduced Dolby Cinema at select AMCs across the country, four of which are in the L.A. area (AMC Burbank, AMC Century City, AMC Del Amo, and AMC Norwalk). Before buying tickets, call ahead to ensure that the theater is actually showing a Dolby Vision-graded film.

Quentin Tarantino, Patron Saint of Forgotten Trash Movies, bought the New Beverly in 2007 and personally took over programming a couple years back. He trots out gems from his own 35mm collection on a regular basis. Expect to see things you expect Tarantino would want to see—hixploitation, spaghetti westerns, camp horror double features, and occasionally a resurfacing of Pulp Fiction.

The Cinefamily at the Silent Movie Theater
Fairfax

The seats are creaky, the front row couches a bit dingy (hey, there’s couches), and the show may start late, but the eccentric programming more than makes up for the Cinefamily’s humble Fairfax digs (the space was once a silent film revival house). Its typical offerings are off the beaten path by at least 129 miles, drawing from the full spectrum of cinematic weirdness with forgotten classics, found footage mashups, and B-movies commentated by comedians. The owners will even ship in obscure film reels from overseas if need be, and you never know who from their grab bag of celebrity patrons might turn up.

Disney’s theater on Hollywood Boulevard plays host to almost all Disney premieres and otherwise shows exclusively Disney reruns (which are frequently kids’ sing-alongs). Before shows, the opulent interior is filled with the music of the Wurlitzer organ. Afterward, patrons are treated to walk-through prop and costume showcases in the basement.

The Egyptian Theatre and the Aero Theatre
Hollywood and Santa Monica

The American Cinematheque manages a crowd-pleasing slate of prestige films, modern classics, and themed series in two locations, the Egyptian (Sid Grauman’s lesser-known Hollywood Boulevard theater) and the Aero (a cozy relic of the 1930s in Santa Monica). The organization also frequently arranges for Q&As with in-person guests—often old stars or (if they’re so old they’re dead) their kids.

iPic rules the dinner-in-a-movie genre with giant leather recliners, pillows and blankets, upscale restaurant concepts, a “farm-to-glass” cocktail program, and in-theater table service with—and we quote—”ninja-like servers” who wait on you during the film.

If you long for the days before CGI, Ice Cube’s acting career, and recorded audio, we have great news. This El Segundo theater shows vintage silent pictures accompanied on the Mighty Wurlitzer Theater Pipe Organ by Bill Field (who’s been running this gig since the ’60s). He also shows black and white talkies like Dracula and The Maltese Falcon.

Built in 1963 based off R. Buckminster Fuller’s geodesic dome design and now part of the ArcLight Hollywood, the dome’s three restored Cinerama projectors are capable of the ultra-widescreen films it was designed for. That said, there’s nothing slated to screen in the unusual format for the immediate future (sad face), but the ArcLight will occasionally break out Cinerama-compatible titles like It’s a Mad Mad Mad Mad World and 2001: A Space Odyssey. Oh, and of course you can’t go wrong with the ArcLight itself.

These two unassuming gems operate under the umbrella of Vintage Cinemas—the former in Silver Lake, the latter in, yeah, Los Feliz. They’re refreshingly small-scale, and they show indie films that regular people have actually heard of.

Clearly trying to cash in on some SEO visibility, this theater has appended “Coolest Independent Movie Theater Los Angeles” to its Google search results. That’s a bold claim, however nebulous a concept “cool” is, but we won’t debate its veracity. Out back of the Egyptian Theatre, the Arena Cinema showcases the indie films Hollywood forgets in the dead center of Hollywood.

This single-screen theater shows consistently with-it contemporary indie films within its futuristic glass-and-steel shell. Also: The theater has been known to host Super Smash Bros. tournaments on the big screen.

Rolling Hills 20 isn’t noteworthy in and of itself; it’s the bevy of cinephiles who hold court there, hosting screenings of independent films, that puts it on this list. Started in 2012 by a guy who was sick of driving to Santa Monica to see limited release movies, South Bay Film Society brings unusual offerings to otherwise art-house-devoid Torrance.

A Laemmle theater is easily the most reliable place to see a limited release or Sundance success story. The Royal is the flagship location of of this family run (since 1938) local chain, but each of their seven theaters has its own charm.

This neon-bedecked relic of the 1930s is the last of Long Beach’s once plentiful independent theaters. The Art Theater is still putting on a good show, with documentary screenings, small independent films, and a weekly Saturday night Rocky Horror Picture Show ritual. If having “VIRGIN” scrawled across your forehead in red lipstick is your idea of a good time, you’ve come to the right place.

The Rocky Horror showdown is going down. The Nuart, one of three Landmark theaters in L.A., also boasts a night of transvestivities (“transvestites” plus “festivities” equals—you get it). This cozy single-screen theater is also a solid place to see new indie greats and restored oldies.