Home Sports The Olympics Are Returning to Los Angeles! 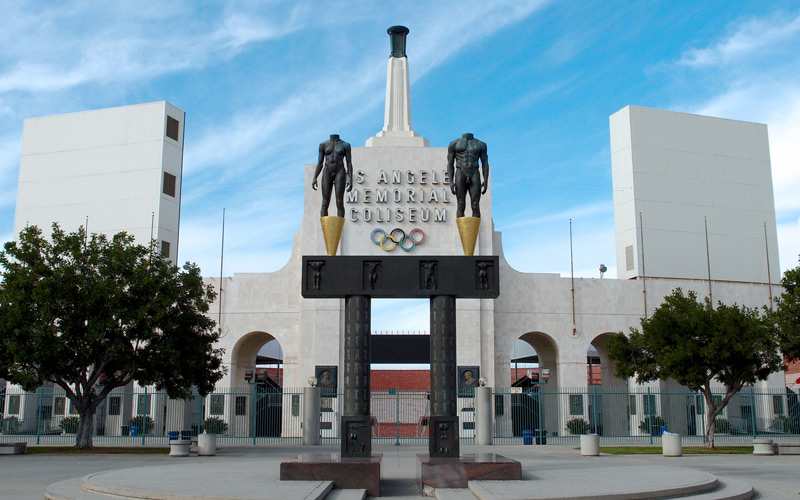 Sorry to use the passive voice here, because no one has said it officially yet, but it’s being reported that Los Angeles will be the host of the 2028 Summer Olympics, giving us all something really exciting to look forward to, uh, a mere 11 years from now. The city originally wanted the 2024 Games, but all indications are that Paris will get 2024 because–let’s be honest–why should the world do anything nice for America right now? So, bright side, I guess, is that maybe Elon Musk’s insane freeway-tunnel will be done by then.

The Olympics are notorious for leaving the host city with debt, but local officials are hoping that a package of financial incentives plus the fact that we already have major venues and athlete housing built, will keep the costs manageable. The bummer is that leaning on the old venues could make the Games feel like 1984 all over again (especially if President Kid Rock and Vladimir Putin are feuding). While LA will reuse the Coliseum and other venues, Paris is planning to put beach volleyball at the foot of the Eiffel Tower, which is kind of amazing. So some of the choices to be made by our officials will involve trade-offs between a delightful new experience, and a fiscally responsible one. If they can combine both, they will have really done something.

If they pull off that rare double feat–and the city did do it before, in 1984–the 2028 LA Olympics could serve as the coda to our recent building and transportation boom, a moment to celebrate how far we’ve come in just a few short years, with a subway that goes places, a downtown that’s booming, and some of the world’s best entertainment and food at our fingertips.