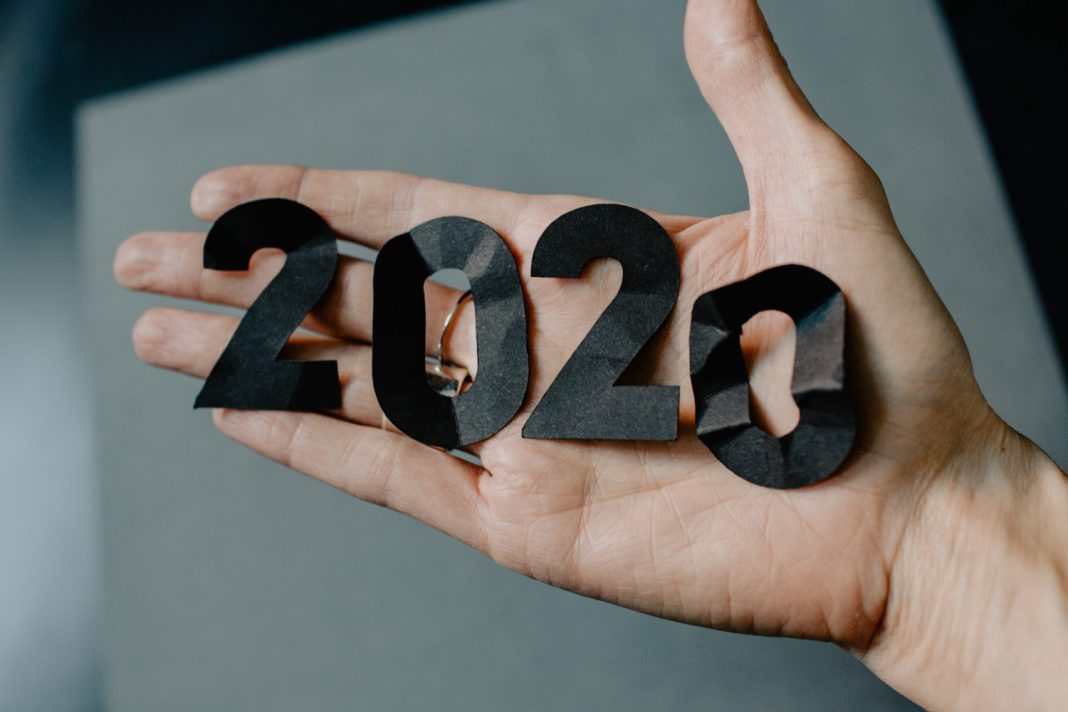 There aren’t many people—apart from, say, Jeff Bezos—who are going to look back fondly on 2020. It was a year of illness, pain, uncertainty, and loss. Frankly, we all deserve a medal for simultaneously enduring a global pandemic and a gruesome presidential election cycle. Of course, there were bright spots to be found if we knew where to look—and some of the time, we didn’t even have to look away from our phones to find them. Here are a few things that made a historically terrible year bearable.

Everyone passed the time in quarantine by developing new hobbies, but few of us did it as well as Dionne Warwick. The 79-year-old music legend has had a Twitter account since 2012, but in late 2020–with the help of her niece and “social director” Brittani–she pivoted from promoting charity causes and The Masked Singer appearances to hilariously roasting celebrities. On December 5, she went viral by asking Chance the Rapper to explain his extremely literal nom de guerre (“If you are very obviously a rapper why did you put in your stage name? I cannot stop thinking about this.”). In that moment, the Twitter star we needed emerged. Over the weeks, word trickled out that Brittani is responsible for some of the more iconic zingers, but we choose not to acknowledge that. —Brittany Martin

Many of things that make living in L.A. and spending way too much money on rent seem remotely worthwhile were off the table this year: Sunday matinees at the New Beverly, karaoke and snacks at Soopsok, catch-up brunches at whatever restaurant isn’t obnoxiously crowded on a Saturday. But a thing that was consistently permitted—even when places like beaches and trails were off limits—was spending time outdoors. Neighborhood parks that were previously taken for granted became backyards to apartment dwellers who needed room to breathe. Bike stores and roller skate shops struggled to keep pace with demand as people sought new ways to enjoy the sunshine. We explored our neighborhoods with fresh eyes as an excuse to stretch our legs. Angelenos can tend to take the region’s near-perfect weather and breathtaking natural environment for granted. This year, they kept us sane. —Gwynedd Stuart

It was an extremely challenging year for restaurants and hospitality workers, but there’s never been a better time for takeout dining with long-beloved restaurants like Republique and Vespertine offering amazing meals to-go. And, some of the most exciting offerings, from delicious baked goods to primo pasta, have come from small purveyors with no brick-and-mortar location but plenty of social media savvy and persistence. Chef Brandon Gray is turning out spectacularly creative pizzas topped with everything from Spanish octopus to stinging nettle pesto behind the WeHo Target at Brandoni Pepperoni. In Silver Lake, Nan Yimcharoen is making  stunning—and stunningly delicious—bowls of chirashi with @kinkanla. In the Arts District, Rashida Holmes is cooking next level Caribbean fare with @bridgetownroti. And, when the pandemic thwarted Josh Buckwald’s  plans to open his own restaurant, the former sous chef at Rossoblu pivoted, to start Orso, making and delivering sublime pasta kits across the city. Delicious options abound. Log on and order up. —Hailey Eber

7. Funny people on the internet kept us from endlessly doomscrolling

There wasn’t much to laugh about this year, but that didn’t stop comedians from doing what they do best. From SNL cast member Chloe Fineman’s spot-on impressions of celebrities like Timothée Chalamet, Meryl Streep, and Drew Barrymore to internet star Elsa Majimbo’s (@majimbo.o) hilarious hot takes on Instagram to that scamp Leslie Jordan’s exasperated “Whatrey’all doins,” social media was full of little gifts that helped give us the will to push on through an otherwise trash year. When the world needed them most, funny people kept us laughing through the pain. —Jeb Perkins

It’s often said that if there’s one person who can truly unite this divided country, it’s Dolly Parton. And, in this year when we needed her most, she was everywhere. The Great Dolly-ssance kicked off in December of 2019, when Jad Abumrad dropped the blockbuster podcast Dolly Parton’s America. In January, she had a Top 10 hit on the Billboard dance track for an EDM-ish outing with Galantis, and over the next 12 months, she would keep popping up in the public eye with a box set, a new Christmas album, a holiday musical for Netflix, and a documentary centered on her celebration of 50 years as a member of the Grand Ole Opry. In the autumn it also came out that she had donated $1 million to fund coronavirus research at Vanderbilt University, which contributed to the development of the Moderna vaccine–just one of her many philanthropic works. And while Dolly has often made a practice of evading political statements, over the summer she made one unambiguous declaration: “Of course Black lives matter,” she told a Billboard interviewer. “Do we think our little white asses are the only ones that matter? No!” —B.M.

5. We headed back to the drive-in

For lots of cinephiles, going to the drive-in went from being a twice-a-year novelty to being the only way to see movies in the dark, alongside other people as god intended. Pop-ups popped up in open fields and on the top floors of parking decks across the region, but our few treasured, year-round drive-ins—Mission Tiki, Vineland, Paramount—gave us a reason to get in the car for a night out when we needed it most, and gave some more obscure indie films, ones that might have gone straight to streaming during any other year, a chance on the big (albeit, outdoor) screen. Props to American Cinematheque, Beyond Fest, and Mission Tiki for a masterfully curated year of double features many are sure to miss even when theaters are open again. —G.S.

Many of us decided to add a furry new member to our households. Animals provide comfort and companionship–something we desperately needed–and maybe even a reminder to go for a daily walk. In 2020, animal shelters reported unprecedented numbers of adoptions, breeders sold out of pedigreed pups, and the pet supply industry boomed to record-breaking levels. SCPA-Los Angeles president Madeline Bernstein told The Washington Post in August that animals were finding forever homes at twice the usual clip, and her shelter had to take waiting lists to match new rescues with eager families.

3. The Lakers and the Dodgers went all the way

Sports were stymied in the first quarter of 2020, with the coronavirus interrupting the basketball season, and delaying and then downsizing the baseball schedule. When games finally happened, there were outsized expectations for the Dodgers’ and Lakers’ star-studded lineups. Big man Anthony Davis proved to be the perfect complement to LeBron James, and the Lakers barnstormed through the playoffs—held in a bubble in Orlando—and on October 11 finished off the Miami Heat, giving the franchise its 17th title, this in a year that began with the tragic death of Kobe Bryant. A mere 16 days later, the Dodgers, anchored by pitcher Clayton Kershaw and joyous new outfielder Mookie Betts, beat the Tampa Bay Rays for L.A.’s first World Series win in 32 years. The twin championships gave Vin Scully’s famous 1988 line a modern, double resonance: In a year that has been so improbable, the impossible has happened.—Jon Regardie

With the rants and fear mongering of a president who seemed intent on reaching despot status, it was clear that 2020 would deliver the country’s most consequential election in decades. Results in reliably blue California were never in question, but in Los Angeles, there was another reason to celebrate, no matter one’s party affiliation: turnout soared! Nearly 4.4 million ballots were cast in L.A. County, a whopping 76 percent participation rate, and up from 67.5 percent four years ago. The spike was particularly dramatic in the city, which in 2020 began holding elections in even-numbered years (previously they took place in odd-numbered years). In the District 4 City Council race (won by Nithya Raman), nearly 133,000 votes were tabulated, a more than 500 percent jump over the 24,000 in the 2015 general election. District 10 (where Mark Ridley-Thomas was victorious) went from 14,048 votes in 2015 to 92,604 this November. Suddenly, complaints about anemic city turnout were outdated.—J.R.

1. The racial justice movement made big strides—and this is just the beginning.

The events that triggered massive global protests this summer were horrifying, but Black Lives Matter and other social justice activists effectively kept our attention on injustice and the systems that perpetuate it. From organizing not just the largest but also the most diverse and representative demonstrations this country has ever seen, to electoral victories in local elections in L.A. and elsewhere, to inspiring individuals to make change in their own communities, workplaces, and personal lives, the impact was massive. The influence will only continue to grow until we have a society that has justice at its core. —B.M.