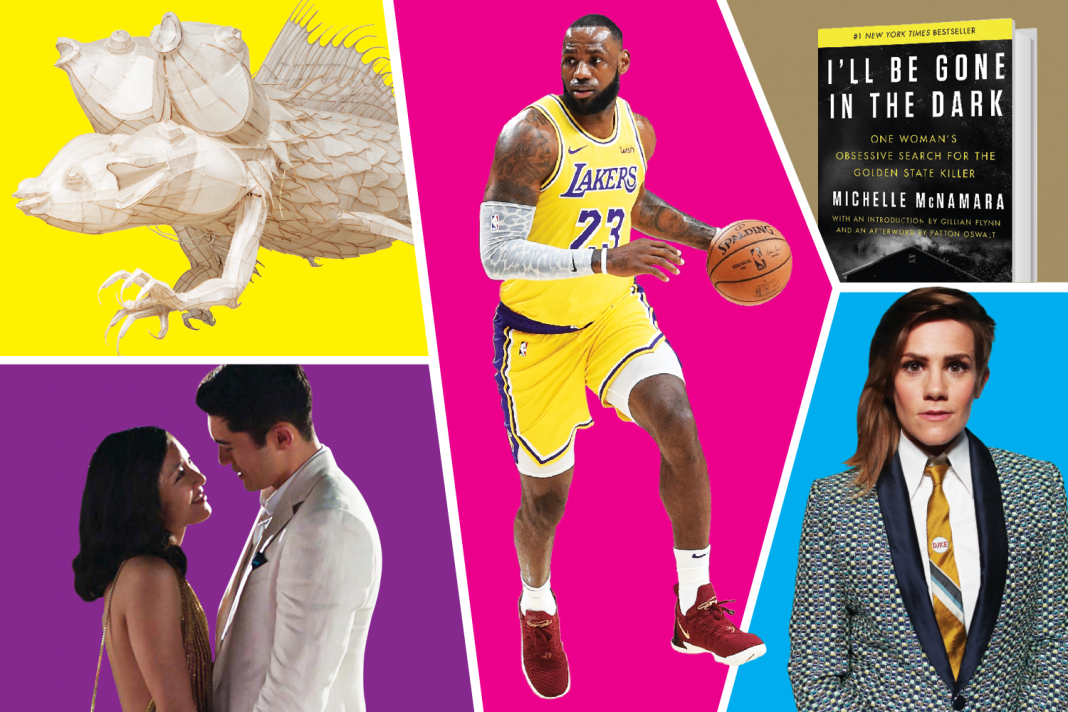 From a Chinese dissident’s three landmark L.A. shows to an iconic local rapper’s Pulitzer Prize, it was a banner year in culture in Los Angeles. Here’s our 2018 year in review.

In a year full of significant L.A. art world news—LACMA’s David Hockney exhibition; MOCA’s firing of Helen Molesworth and hiring of MoMA maverick Klaus Biesenbach; the announcement that British art fair Frieze is headed for L.A. in 2019—it’s hard to pick a winner. But we’re going to anyway. Ai opened three shows this fall, one each at UTA Artist Space, Jeffrey Deitch gallery, and Marciano Art Foundation. The UTA show has closed, but the ones at Jeffrey Deitch and Marciano are open through January 5 and March 3, respectively.

A national conversation—powerful, messy, and exhausting—about sexual assault and harassment dominated news cycles in 2018, thanks in large part to a bombshell 2017 New York Times exposé on Harvey Weinstein. Just because certain influential men are getting called out, though, doesn’t mean they’re going away for good. Buy Rape Jokes, the comedy special from L.A.’s own Cameron Esposito, for a survivor’s perspective. Proceeds benefit RAINN.

Lamar’s DAMN was universally recognized as exquisite when it was released last year. Bruno Mars beat out the Compton-born rapper for the album of the year Grammy, but Lamar got something better: the 2018 Pulitzer Prize for music. He’s the first nonjazz or nonclassical musician to win the award since its inception in 1943.

Chris Burden’s Urban Light installation at LACMA has some impressive stats to its name: 202 bulbs; 16 lamppost varieties; millions of annual prom/engagement/quinceañera photo shoots (in truth we have no idea how many of those happen in a year, but millions feels like a good guesstimate). Mark the artwork’s big 1-0 by snapping a celebratory selfie in its dreamy glow.

Recreational marijuana has been legal since January, and premium dispensaries are cashing in (the industry is projected to hit $50 billion by 2026). From Beverly Hills to DTLA, sleek stores outfitted with reclaimed wood and iPads are peddling $380 vaporizers and cannabis gummies—a far cry from the grody head shops of yore.

Yes, we finally saw some soccer matches—go, LAFC!— but 2018’s biggest sports coup belongs to the Lakers. With the addition of James, who’ll likely build a star squad, we’ll hopefully be able to put the Golden State Warriors in their rightful place (second).

In April, the FBI identified a suspect in the Golden State Killer case, but Michelle McNamara’s bone-chilling account of the serial killer’s gruesome crime spree is still worth reading. McNamara, who died in 2016, first wrote about her all-consuming hunt for the perp in Los Angeles in 2013.

The South Central-born artist was the first African American to receive a presidential portrait commission from the National Portrait Gallery. Wiley’s depiction of No. 44 seated among a backdrop of hypervibrant flowers earned him a spot on Time’s Most Influential People of 2018 list.

Queen Bey was the first black woman to headline Coachella, and boy (bye), did she give it her all. Her two-hour sets were crammed with 27 songs, 100 dancers, drop-ins from Jay-Z and her former Destiny’s Child crew, and five costume changes. Performing alongside a black marching band and sampling luminaries like Nina Simone and Malcolm X, Beyonce’s shows were heralded by The New Yorker as “an education in black expression.”

It was a breakthrough year for diversity in films, with this pair proving that Hollywood can no longer afford to ignore underrepresented groups. Between amped-up social media campaigns to encourage ticket sales (#BlackPantherChallenge, #GoldOpen) and some good old-fashioned hype, both majorly surpassed industry expectations to become massive phenomenons (Black Panther is the highest-grossing superhero film of all time; Crazy Rich Asians is the U.S.’s highest-grossing rom-com in a decade). Let’s hope that this is one of those “lesson learned” situations.

Kelis Smashes Pharrell, Calls Out Beyoncé for Using Her ‘Milkshake’