Home Film Who Should Really Win at the 2018 Oscars 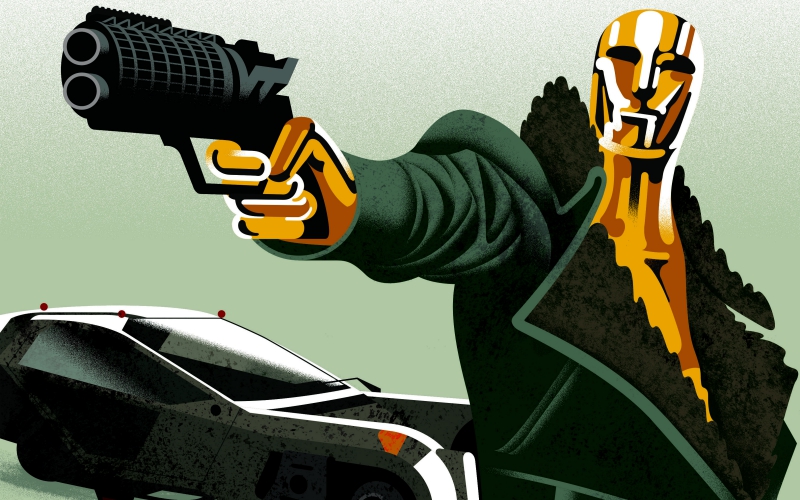 Forget all the predictions. Steve Erickson sifts through a passel of strong contenders to dole out Oscars to his own favorites.

This singular movie occupying a region between the spiritual and the profane could have been made only by the most consistently interesting filmmaker of the last 20 years (Carlos, Demonlover, Irma Vep, Summer Hours, Clouds of Sils Maria).

Mother as avenging angel, who will allow neither her dead daughter nor anyone else to rest in peace. McDormand’s inability to strike a false note is such that, in the year’s most competitive category, she withstands the challenge of a brilliant new generation represented by Saoirse Ronan (Lady Bird), Kristen Stewart (Personal Shopper), and Margot Robbie (I, Tonya).

While I can’t get out of my head Daniel Kaluuya’s journey through white-liberal terror in Get Out or Timothée Chalamet’s heartbroken final scene in Call Me by Your Name, I’m a liar if I don’t admit to rooting for Oldman’s Oscar-bait, drop-the-mic Winston Churchill—and also his George Smiley, Dracula, Elvis, Beethoven, Sid Vicious, Pontius Pilate, Joe Orton, Lee Harvey Oswald, the whole brilliant mess of history and movies in one brilliant mess of an actor.

In a standout year for memorable moms, including McDormand, Mary J. Blige (Mudbound), Allison Janney (I, Tonya), Holly Hunter (The Big Sick), and, yes, Jennifer Lawrence (mother!), Metcalf’s full dimensionality is in a league of its own as she silently relives a life of conflict with her departing daughter in a 90-second drive around the airport.

Best Supporting Actor: Michael Stulbarg, Call Me By Your Name

This memoir of first love is esteemed rather too highly, but a father-son talk at the end—the kind of talk that, if you’re a father, you hope you’d be wise and loving enough to have with your son if you learned he may be gay—is exactly what this award was invented for. Extra credit to Stuhlbarg for apparently being in every other movie released, shot, conceived of, or vaguely contemplated in 2017.

From the Irish-Brit writer-director of 2008’s neglected In Bruges comes this sui generis chronicle of doomed characters caught up in a small-town maelstrom of horror and deliverance. Honorable mentions for two feature debuts: Jordan Peele’s subversive Get Out and Greta Gerwig’s irresistible Lady Bird.

Based on a novel by Hillary Jordan, the layered and Faulknerian script captures the postwar struggle between Mississippi whites and black veterans returning home from defeating European fascism in time to confront American racism.

I love the milestone of Mudbound’s beautiful work by first female nominee Rachel Morrison, but for God’s sake, give Deakins his damn Oscar. Thirteen nominations without winning? The world’s greatest cinematographer isn’t just overdue: This is his most unforgettable work.

Taking nothing away from the credited Austerberry, but anyone who knows the movies of Guillermo del Toro will recognize the director as the mastermind here, mainlining from our collective subconscious into the film’s sets the aquatic greens and rare burgundies of a Beauty-and-the-Creature-from-the-Black-Lagoon love story.

A close call over Dunkirk’s classicism for Riegel’s (There Will Be Blood, Bad Words) punk rhythms, in a narrative as fractured as its characters’ lives.

Swedish filmmaker Ruben Östlund’s collapse-of-Western-civilization-as- an-art-project is full of wit, intrigue, and resonant non sequiturs in a part of the world where day and night each lasts half the year and shadows of the mind grow ever longer.

RELATED: Best Picture Oscar Films as Drinks, from the Bartender Who Makes Cocktails for the Oscars