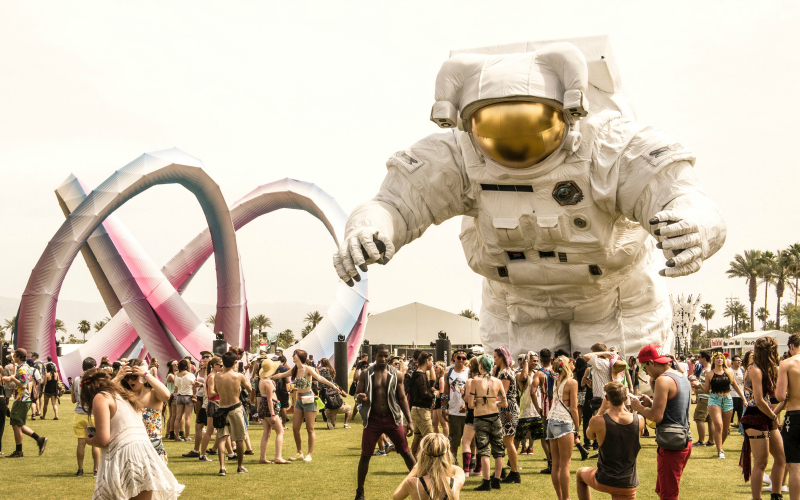 Photo by Andrew Ruiz on Unsplash

The Coachella 2018 lineup is out, and we’re feeling very excited. Yes, Beyoncé is there, the first African American woman to her headline the festival, holding down the Saturday night spots on April 14 and 21, as we knew she would be after she had to delay her 2017 performance (Coachella looks set to be her first show back after almost an entire year off surrounding the birth of her twins). Also in big print: The Weekend, Eminem, St. Vincent, SZA, ODESZA, and Portugal. the Man.

Even beyond those headliners, there’s an overall strong showing for hip hop and R&B on the 2018 bill—think Vince Staples, Cardi B, Miguel, Migos, Kali Uchis, French Montana, 6LACK, Noname, and Moses Sumney, among others—but the festival remains an eclectic mix. There are a few surprises and throwbacks, of course. David Byrne, Chic featuring Nile Rodgers, and even Jamiroquai (you remember Jamiroquai, don’t you?) make it on the list, as does modern jazz star Kamasi Washington. And, if you’re the kind that heads to the desert to rock out, local guitar-slingers Cherry Glazerr, FIDLAR, and The Regrettes can all be counted on to deliver.

Tickets to the festival go on sale on January 5 at noon. The basic three-day general admission wristbands ($429) sold out during the pre-sale before artists were announced, but other types of passes will be available, including a GA ticket including shuttle rides ($504), VIP tickets ($999), and even a luxe package with two VIP tickets, on-site transportation, and a fully-furnished glamping tent, for the ultimate festival experience ($8,500).