Home Awards Watch 2014 Oscars: And the Winners Are… 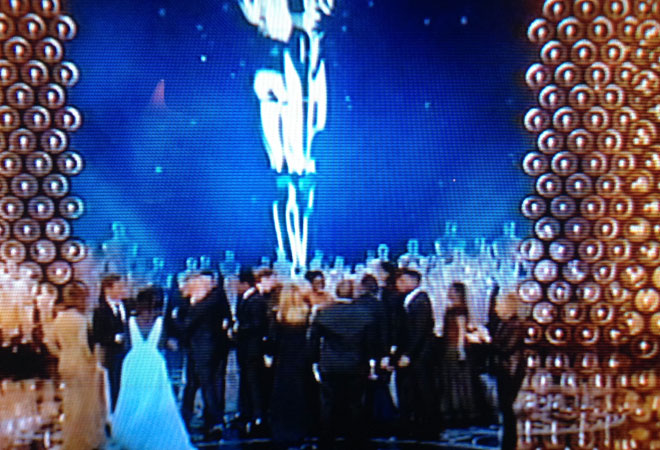 If you’re going by the numbers, the fact that The Great Gatsby won two Academy Awards while 12 Years a Slave won three (and both were bested by Gravity, which won seven) seems like a travesty. After all, Baz Luhrmann’s adaptation of Fitzgerald’s novel, with its laconic Jazz Age splendor, was noted for its glorious visuals—and little else. 12 Years a Slave, on the other hand, was the package deal: a terrific screenplay, riveting performances, top-notch craftsmanship, clear-eyed directing. What happened?

As expected, Gravity cleaned up in cinematography, editing, sound, and visual effects. Two of the three craft categories it didn’t win—costumes and production design—went to The Great Gatsby. (Did you really think the Academy was going to give an Oscar to a Jackass movie?) That meant 12 Years a Slave was left to duke it out in the big categories: writing, acting, directing, and best picture. It won two of the awards for which it was nominated, but just as this was the year of Lupita Nyong’o among the women, it was the year of McConaughey among the men. That left most of the principals on 12 Years a Slave raking in awards—except for Chiwetel Ejiofor. Ejiofor, a brilliant British actor in a once-in-a-lifetime role, was nominated for every major award but won almost none of them. (Peter O’Toole didn’t win for Lawrence of Arabia.) Ejiofor has every right to feel robbed.

The Academy loves an all-American hunk who can transform himself for a role, and McConaughey’s evolution from charismatic pick-up artist in an indie stoner flick to respected lead in a heavy drama makes a great story. His name recognition certainly didn’t hurt.

With Gravity wowing us technically and 12 Years a Slave and Dallas Buyers Club speaking to our conscience, no single film summed up the year.