Home Uncategorized 2013 Grammys: Who Should Win, Who Will Win 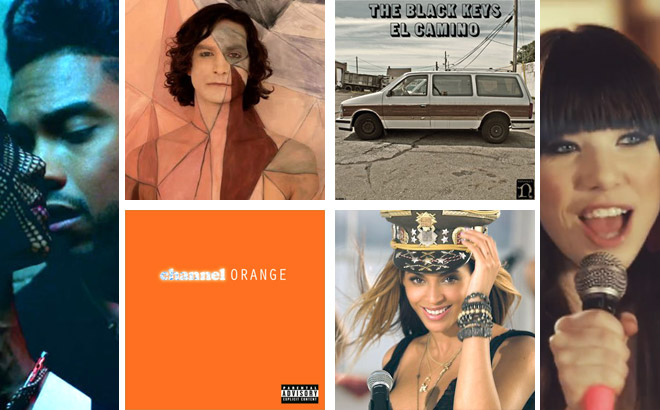 The Grammys no longer suck. We should be happy, right? Actually, we’re troubled by this fact. It means we have to take seriously the institution that once awarded Evanescence Best New Artist and two years later snubbed Kanye West’s Late Registration. Things got better a few years ago when Tumblr and Twitter allowed the general public to heckle from home with the help of hashtags. Each successive ceremony since 2009 has also asserted a new sense of legitimacy, to the extent that people (once again) care about who gets nominated and who wins.

As various forms of media converge, popular taste seems to be transforming concurrently. Are the indie kids going mainstream? Are the mainstream kids going indie? One thing is certain: It’s getting harder to predict the outcome of Grammys, and that’s a good thing. We’ll take a stab at it anyway.

RECORD OF THE YEAR
Who Should Win: Frank Ocean, “Thinkin Bout You”
Who Will Win: Gotye Featuring Kimbra, “Somebody That I Used To Know
In addition to this category, Gotye has also clinched the “Most Ear-Eviscerating Remixes” spot.

ALBUM OF THE YEAR
Who Should Win: Frank Ocean, Channel Orange
Who Will Win: Jack White, Blunderbuss or the Black Keys, El Camino
To the credit of the Grammys, this category is a tossup, but we’re going with Frank Ocean. What, can’t a grown man appreciate the emotive gravity of a slow jam? We’re not ashamed to break out the scented candles.

SONG OF THE YEAR
Who Should Win: Miguel, “Adorn”
Who Will Win: Carly Rae Jepsen, “Call Me Maybe”
Surprisingly, except perhaps to demographers, it turns out that an overwhelming amount of Americans are white teenage girls.

BEST NEW ARTIST
Who Should Win: Alabama Shakes
Who Will Win: Fun.
Based on the discrepancy between what the Grammys and we consider a “new artist,” we disqualified almost everyone in this category.

BEST DANCE SONG
Who Should Win: Avicii, “Levels”
Who Will Win: Skrillex, “Bangarang”
Excuse me ma’am, I think you just dropped… the BASS! WOBWOBWOBWOBWOB

BEST ROCK ALBUM
Who Should Win: Jack White, Blunderbuss
Who Will Win: The Black Keys, El Camino
In the interest of full disclosure, El Camino came out in 2011, but the Black Keys are great so we’re fine with that. Just please, god, don’t let Coldplay win.