Home Uncategorized 20 Ways to Spend Valentine’s Weekend in L.A. (Many of Which Have... 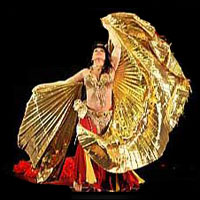 Whether you want to celebrate being in love or ignore it completely, you’ve got options.

HEAR: Thao & the Get Down Stay Down with Sonny & the Sunsets
On their latest album, We the Common, San Francisco folkster Thao Nguyen and her band weave simple tunes accented by smoky vocals. More information (February 15; The El Rey Theatre)

CELEBRATE: Got Funky Sole: Lover’s Edition
The soul-spinning vinyl-centric Funky Sole has been serving up ’60s jams at the Echo for years. For this event the DJ crew is joined by the Breakestra, a hip-hop big band that deconstructs rap samples by playing the original songs.  A full bar and food trucks complete this romantic night out under the L.A. sky. More information (February 14, Grand Park)

SEE: My Mondo Valentine
The wildest and most ridiculous love-themed clips have been edited together and will be screened for your cringe-inducing pleasure. The treasures include sexy ads, homemade movies, and vintage “how to” videos. More information (February 14, Cinefamily)

HEAR: Bettye LaVette
For 50 years Bette LaVette has been recording songs audiences will instantly recognize, marked with her inimitable style. The two-time Grammy nominee will present a selection from her five-decade career including songs from her critically acclaimed new album Thankful n’ Thoughtful. More information(February 15, The Broad Stage)

SEE: Belly Dancer of the Universe Competition
The 24th annual event promises a total of $6,500 in cash prizes for those who can best shimmy and shake. Participate in workshops, check out the vendors, and watch the celebrity judges bestow this year’s coveted “Champion of Champions” title on one lucky winner. More information(February 14 – 16, Long Beach Convention Center)

CELEBRATE: ‘80s Prom
For those who never got their prom moment of glory here’s a second chance with a night of drinks, music, and dancing. Wear your best ‘80s prom garb for the chance to be crowned prom queen or king, both of whom will win a free night’s stay at the hotel. More information (February 14; The Standard, Downtown)

DANCE: James Brown: Get on the Good Foot, A Celebration in Dance
The Philadelphia Dance Company pays tribute to the enormous influence of James Brown, showcasing many of the musician’s classics accompanied by dances from a global array of choreographers. More information (February 14; The Music Center)

HEAR: Spiritualized
A choir and full orchestra will accompany British rockers Spiritualized as they play their entire 1997 album Ladies and Gentlemen We Are Floating In Space. The performance will mark the debut of the new theater at the downtown Ace Hotel, which just opened in January. More information (February 14; The Ace Hotel)

WATCH: House of Cards, Season 2
For the couple that’s already comfortable with each other and more inclined to order Thai food and collapse on the couch, nothing says love like binge-watching an entire season of the political drama. Break out the wine and prepare for a big night of backstabbing, ruthless maneuvering, illicit affairs, and coverups as season two of House of Cards debuts on Netflix. (February 14; your laptop or television)

CELEBRATE: I Hate Valentine’s Day Dance Party
Here’s a comedic dance party for couples that are looking for something offbeat and singles that are ready to mingle. Hosted by comedian Melinda Hill, the organizers promise that you’ll laugh, cry, and dance your booty off. More information(February 15, The Bootleg Bar & Theater)

SEE: Recline/Design: Art and the Aesthetics of Repose
Just in time for Palm Springs Modernism Week, the exhibition focuses on works dedicated to subjects in various states of reclining, reposing, and lazing about. More information(February 15 – June 8, Palm Springs Art Museum)

SEE: Tartuffe
George Costanza once postulated, “It’s not a lie if you believe it.” In Molière’s 17th-century comedy, a sleazy visitor schemes to snag his host’s riches—and his hot wife. More information(February 15 – May 24, A Noise Within)

SEE: Harlem Globetrotters
Expect fake-outs, alley-oops, and slam dunks when the team of humorous hoopsters brings comedy to the court. On February 16 the b-ballers move on to Staples Center for a family-friendly bonanza. More information (February 15; Honda Center)

SEE: Titanic
One of downtown’s historic theaters will open to the public for an exclusive Valentine’s night screening of Titanic. With photo booths, twinkling chandeliers, and four full bars, this event offers a much swankier way to watch your favorite love story. More information (February 14, Los Angeles Theatre)