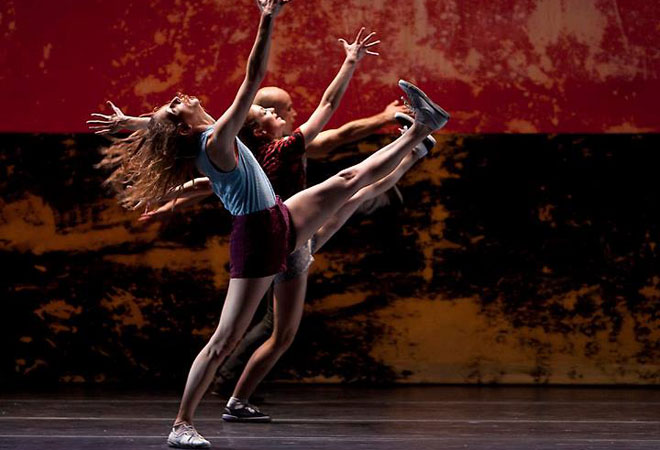 From twerking to writing to twirling and racing, L.A. delivers another big weekend of events.

HEAR: Writing From California: Tales From Two Cities
The three-day literary fest focuses on the unique influence of Los Angeles literature and California culture with discussions, interviews, and readings. Starting where last year’s conference in the Bay Area left off, “Writing from California” examines the literature of Southern California in all its forms: poetry, fiction, nonfiction, print, and digital. More information (February 20-22; L.A. Central Library)

SEE: MOBY: Innocents
Since musician and photographer Moby moved to Hollywood in 2010, he has become fascinated by Hollywood Hills’ hidden history, as well as an obsession with cults. Innocents features large-scale photos that capture a sense of impending doom the artist finds in his subject matter. More information (February 21-March 30; Project Gallery)

FROLIC: Snow Days
Even in the midst of our solar vortex, you can enjoy two days of sledding and snowman-building when snow comes to the L.A. Zoo. Other activities include crafts based on the Disney movie Frozen and snow that has been added to certain animal exhibits. More information (February 22-23; L.A. Zoo)

SEE: Gearhead and the Realbot: a Space Odyssey Hoedown
The Unknown Artists presents a comedy tribute to the best and the worst of 1950s and ’60s science fiction films and television shows. The play follows the character of Gearhead as he seeks to prove his worth to his superiors after a villain infiltrates the spacecraft he works on. More information (February 21–March 8; Dorie Theatre at The Complex)

HEAR: David Crosby
It’s rare to see the singer-songwriter in a venue that recalls the L.A. joints where he started out. More information (February 23-28; The Troubadour)

HEAR: Megan Mullally
Joined by husband and fellow actor Nick Offerman (you may know him as Ron Swanson on Parks and Recreation), Megan Mullally appears as a part of the Broadway @ The Broad series for a night of music and talk. The series is narrated and accompanied on piano by Sirius XM Radio personality Seth Rudetsky. More information (February 22; The Broad Stage)

RUN: Firecracker 10K and 5K
Run around Dodger Stadium, Elysian Park, and Chinatown in what has become one of the city’s best races. More information (February 23; Chinatown)