Home Uncategorized 17 of Our Favorite Things to Do This Weekend 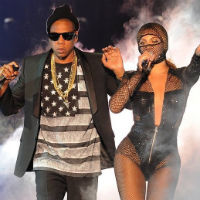 Comic-Con is over has passed and the big summer rock festivals (Echo Park Rising, FYF) are still to come. You could always cool down and take a dip at one of these pool parties or check out one of these events.

MUSIC: Arcade Fire
Anchored by the husband-and-wife team of Win Butler and Régine Chassagne, the Canadian rock troupe doles out spectacle along with rafter-shaking sounds. The band’s latest album, Reflektor, took a turn toward the dancey side with the help of James Murphy, front man for the defunct LCD Soundsystem. More information (August 1-2; The Forum)

MOVIES: The Triplets of Belleville
When a Tour de France champ is kidnapped by the Mafia, his grandmother hatches a rescue plan with the help of her overweight pup and a trio of ’30s-style singers. The screening of the Oscar-nominated animated film (2003) is accompanied by an orchestra led by Benoît Charest, who composed the score. More information (August 1; California Plaza)

EXPERIENCE: homeLA
Once home to Pabst Blue Ribbon, the Lincoln Heights complex now houses more than 300 artists. For the site-specific event, dancers perform in a private studio in the century-old buildings. More information (August 3-17; The Brewery)

MOVIES: Casablanca
Humphrey Bogart’s cool demeanor belies a heart of gold when he encounters an old flame in the war-torn city of Casablanca. See one of the most celebrated movies of all time in an outdoor setting. More information (August 2; Hollywood Forever Cemetery)

EXPERIENCE: Muse ’til Midnight
Join art lovers at a late-night party with DJ sets by Tycho and Christopher Willits, as well as a performance by the Silver Lake Chorus. More information (August 2; LACMA)

COMPETE: KCRW’s 2nd Annual Radio Race
KCRW’s Independent Producer Project presents radio’s answer to Top Chef and Project Runway. In this quick competition, contestants will have 24 hours to write, record, and edit a non-fiction radio story based on a given theme. Prizes include a $1,000 contract for your piece to air on KCRW’s UnFictional podcast. Registration is $10 per team and closes on August 1. More information (August 2-3; online)

MUSIC: Wynona Judd and Nikki Lane
Country music is getting some love this summer as KCRW continues its tribute to twang in conjunction with the Annenberg exhibition Country: Portraits of an American Sound. This free concert features an icon and a newcomer as Wynona Judd is paired with Nikki Lane. DJ Gary Calamar keeps things going between sets. More information (August 2; Annenberg Space for Photography)

TOUR: Esotouric: South L.A. Road Trip
This eye-opening bus tour begins in downtown and continues through Vernon, Bell Gardens, Santa Fe Springs, and Downey to give you a unique look at L.A. landmarks and architecture. Experience Rancho San Antonio, one of the oldest adobe structures in L.A. County; the Clarke Estate, a concrete masterpiece built in 1920; and Harvey’s Broiler, a cultural hub in the ’50s and ’60s. More information (August 3; The Daily Dose)

ART: Your Country Calls! Posters of the First World War
To commemorate the start of World War I in 1914, the centennial exhibition illustrates how a global war was waged not just by soldiers and politicians but by civilians on the home fronts of combatant nations. More information (August 2-November 3; The Huntington Library)