Home Uncategorized 17 Great Things to Do in L.A. This Weekend: Jazz, Bicycles, Chocolate,... 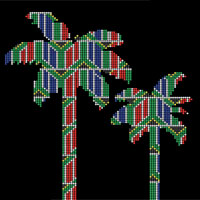 If you thought things were going to slow down just because it’s officially autumn, think again. This weekend is jampacked with festivals of food, music, and fun.

RIDE: CicLAvia
Cyclists of the world, unite! The latest iteration of the cross-city bike ride cruises through downtown L.A. and Boyle Heights, with a stop in the piñata district near Olympic Boulevard and Central Avenue. More information (October 6; downtown)

LISTEN: South African Arts Fest
Legendary South African trumpeter Hugh Masekela graces the Grand Performances stage as part of this celebration of music, art, and film. In the United States, Masekela is probably best known for bringing his homeland jazz roots to the #1 hit of 1968, “Grazing In The Grass.” The festival will host musical performances, film screenings, and panel presentations at various venues in downtown to showcase the broad range of talent that comes from the South African region. More information (October 4-6; downtown)

HEAR: Eagle Rock Music Festival
A free shuttle services takes you to a bevy of locations all over Eagle Rock: the Family Stage at Eagle Rock City Hall, the Experimental Stage inside the L.A. Pilipino American Church, jazz and blues at Colombo’s Italian restaurant—to name just a few. With the multitude of genres, DJs, bands, and producers, there’s something for everyone at this festival produced by Center for the Arts, Eagle Rock. More information (October 5; various locations)

EAT: Seventh Annual Chocolate Salon
It’s pretty much exactly what it sounds like: and excuse to taste samples from dozens of high-end chocolatiers. So what’s wrong with that? More information (October 6; Pasadena Center)

EXPERIENCE: Soirees Mystique – An Evening of Victorian Enchantment
A night of mind-reading and mysticism lies in your future at Heritage Square, where it’s always the 1800s and clairvoyance never goes out of style. More information (October 5; Heritage Square)

HEAR: California Calling: A Story of Growing Up Punk Rock
As the cofounder of SideOneDummy Records in the 1990s, L.A. punker Joe Sib launched the careers of rock bands Flogging Molly, the Gaslight Anthem, and Anti-Flag. In a stand-up-meets-tell-all session he reveals humorous stories from his antiauthoritarian days. More information (October 4; Nerdmelt)

HEAR: Bedrocktoberfest
The lineup is all over the place from Wu-Tang Clan impresario RZA to singer-songwriter Liam Finn, but the Echo Park block party should be nothing but fun. More information (October 5; Echo Park)