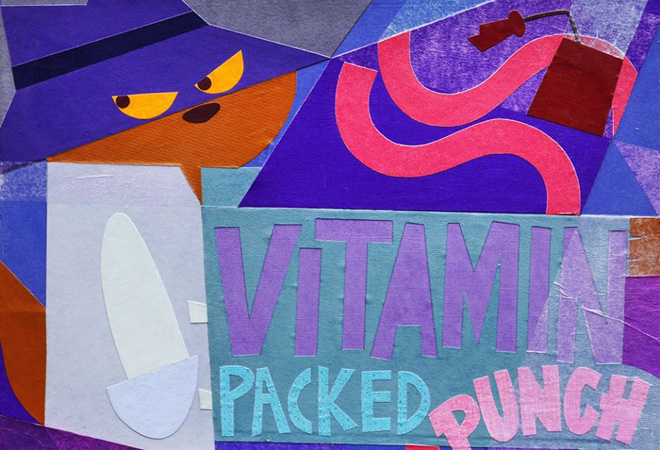 SEE: AFI Fest
Major motion pictures play alongside underdog offerings. The best part? All screenings are free. Look for a slate of four films, presented by French auteur Agnès Varda, as well as the debut of Disney’s Saving Mr. Banks, about the making of Mary Poppins. Celeb watchers can check out the red carpet scene at the opening gala. More information (November 7 – 14; various venues)

LAUGH: Zach Galifianakis & Very Special Musical Guest
Who will the comedian bring on as his “very special musical guest”? A bona fide rock star? A potted fern in a Santa Claus wig? Himself? You’ll have to attend to find out. More information (November 8; Largo at the Coronet)

SEE: Part of a Complete Breakfast
Join iam8bit for the first solo exhibition by former Disney and Pixar artist Ben Butcher. The exhibit is dedicated to recreating that feeling of getting up on a Saturday morning as a kid, moving through the rituals of breakfast and cartoon watching. More information (Through November 17; Iam8bit Studios)

DRINK: Wine Riot L.A.
Feel intimidated or clueless when you see a wine list at your local gastropub? Wine Riot aims to remove the snobbery and throw in some fun at this high-energy, low-pretension wine tasting. More information (November 9; Majestic Halls)

SEE: Martha Graham Dance Company
Since 1926 the Martha Graham Dance Company has been an innovator and a driving force in contemporary dance. The company’s nineteen dancers will help launch the special inaugural presentation at the The Wallis, performing pieces that highlight Martham Graham’s beginnings in L.A. as well as other signature works, such as Prelude and Revolt and Lamentation. More information (November 8-10; Wallis Annenberg Center for the Performing Arts)

HEAR: Tired Pony
The eclectic supergroup includes members of Snow Patrol, Belle & Sebastian, and R.E.M., along with a few Irish and American singer-songwriter and producer friends who got together because they felt they had an album of country-tinged music in them. Apparently they had another one. Their second album, The Ghost of the Mountain, came out this year. More information (November 7-8; Hollywood Forever)

SEE: Love on San Pedro
The latest installment of the Hunger Cycle series focuses on downtown’s skid row, where homeless clash with police and longtime artists-in-residence who live next to newly arrived immigrants. More information (Through November 24; Los Angeles Mission)

HEAR: Nine Inch Nails
In 2009, Trent Reznor pulled the plug on his agro-industrial band. Four years later NIN is back with a new album and a live show that evolves from a minimalist Kraftwerk-style keyboards performance into a volcanic full-band blowout. The Texas postrockers Explosions in the Sky open with their soundscapes. More information (November 8; Staples Center)

DANCE: Dare to Be Square – West
Grab yer pardner and do-si-do at a gathering that features master square dance callers and promenading peeps. Workshops offer instruction on spinning round and round, which you can show off at the big hoedown. More information (November 8-10; American Legion Hall)

HEAR: Alejandro Escovedo
Beloved Austinite Alejandro Escovedo comes from a family of musicians and has been rocking in various bands since the late ’70s. A stream of stellar solo records followed, defining his sound, bringing him critical success, and winning him a large underground following. His sexy and smart rock and roll is not to be missed. Another Austinite, Amy Cook, opens. More information (November 8; The Mint)

SEE: Andy Summers – Del Mondo
Who knew that while he was touring the world as the guitarist for The Police Andy Summers was also snapping cool photos? Now a Los Angeles resident, he has a camera strap around his neck more often than he does a guitar strap. Here’s your chance to see many of his gritty shots from far away places like Tanzania, Myanmar, Cambodia, and Shanghai. More information (November 9-January 4; Leica Gallery)