Home Holiday 16 Excellent Things to Do This Weekend 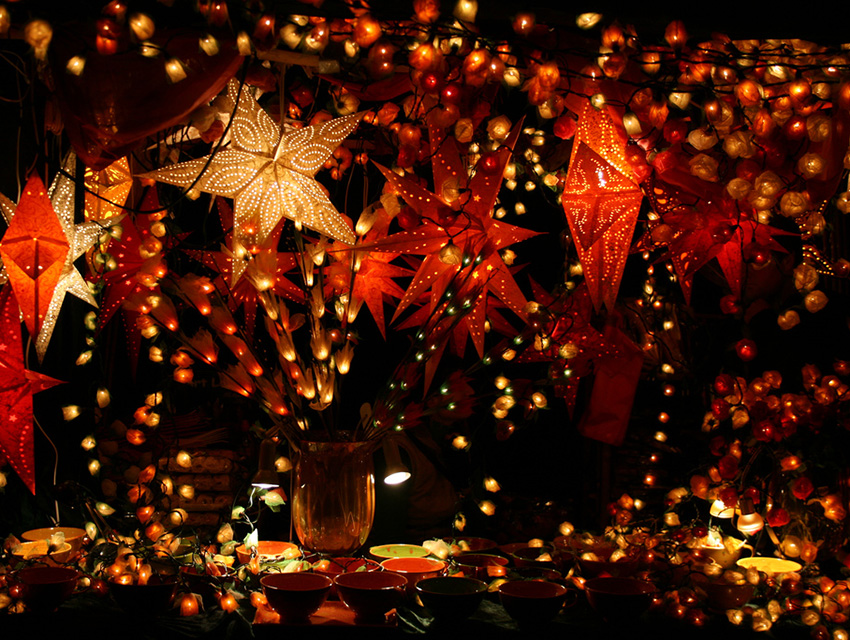 It’s a tale of three artisanal markets, a classic rocker’s latest act, comic books galore, and more on this packed, pre-holiday weekend. If that’s not enough, Friday is Repeal Day and we know where you should drink. Plus, the Music Center celebrates its 50th birthday with two shindigs: a black-tie dinner and performance on Saturday night and the more relaxed Next 50 Party on Sunday afternoon.

RIDE: CicLAvia: South L.A.
Ditch the car and hop on a bicycle for a ride that begins in Leimert Park and heads along Central Avenue to Jazz Park. The streets are being closed off to cars to make your ride even smoother. Our own Chris Nichols has 15 fabulous suggestions on where to stop and what to see along the route. More information (December 7; South L.A.)

SHOP: Unique LA Holiday Market
Get your fill of artisanal housewares, clothes, tchotchkes, and other goods at what might be the largest such shopping extravaganza in L.A. More information (December 6-7; The Penthouse at California Market Center)

MUSIC: Chrissie Hynde
After three decades fronting the Pretenders, the rocker—who’s still killing it at 63—struck out on her own this summer with the solo album Stockholm. But you can expect to hear some oldies mixed in with new material during Hynde’s tour. More information (December 6; Pantages Theatre)

EAT: Chinese Islamic Cuisine: A Delectable Discussion
Northwestern China is home to 200 million Muslims. At a discussion and dinner sponsored by the citywide L.A./Islam Initiative, dine on kabobs while learning about the Silk Road. More information (December 7; China Islamic Restaurant)

DANCE: Marat Daukayev Ballet Theatre / The Nutcracker
This restaging of the 1934 St. Petersburg production features more than 130 dancers, ages 3 to 21, and more than 500 costumes. Director Marat Daukayev danced for 20 years with the Kirov Ballet, including the role of the Nutcracker Prince, before founding his Mid Wilshire ballet school in 2001. Gala performances with guest artist Maria Kochetkova, principal dancer with the San Francisco Ballet, take place on December 13 and 14. (A new documentary by Serene Meshel-Dillman, Getting to the Nutcracker, follows Daukayev’s students from the studio to the stage.) More information (December 5-14; Luckman Fine Arts Complex)

THEATER: Love, Noël: The Letters and Songs of Noël Coward
The musical pastiche, adapted from Barry Day’s biography, blends Coward’s songs with dispatches he received from the likes of Greta Garbo and Marlene Dietrich. More information (December 5-21 29; The Wallis)

MUSIC: Moving Units
The L.A.-based trio of postpunk revivalists celebrate the tenth anniversary of their debut album, Dangerous Dreams. Dangerous or not? That’s for you to decide. More information (December 5; El Rey Theatre)

THEATER: Into the Woods
Stephen Sondheim’s musical is a Brothers Grimm remix of Little Red Riding Hood, Cinderella, and Rapunzel. Staged by the Ore­gon Shakespeare Festival, this production opens and closes just in time for the release of Rob Marshall’s film adaptation (starring Johnny Depp as the Wolf and Meryl Streep as the Witch) on December 25. More information (December 5-21; The Wallis)