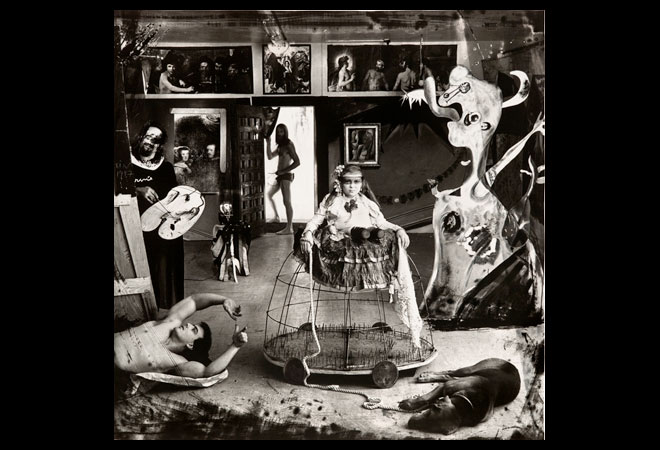 If you’re not too busy watching the Indie Spirit Awards on Saturday or the Oscars on Sunday, here are 15 ways to spend your weekend.

HEAR: Lord Huron
Ben Schneider is the driving force behind L.A.’s Lord Huron, a name he dreamed up while visiting his home state of Michigan. His new album, Lonesome Dreams, features complex and soaring songs that evoke the wide-open spaces of the American West. More information (February 28; Fonda Theatre)

EAT: Vegan Chili Cook-Off
A $10 ticket lets you sample five vegan versions of the classic dish created by local chefs. At the end of the day at the downtown beer bar you’ll get to vote for your favorite. More information (March 2; Tony’s Darts Away)

TASTE: Bread Camp
Don’t just break bread; learn to make it at a workshop on all things flour and yeast. You’ll also prepare pretzels and tartines by the warmth of a wood-fired oven. More information (March 1–2; Zane Grey Estate)

DO: Roga
You didn’t read the title wrong. This Saturday morning workout on the Santa Monica Pier starts with a 2 or 5 mile run followed by a yoga class next to the ocean. Run + yoga = roga. Get it. More information (March 1; Santa Monica Pier)

HEAR: Eleni Mandell
Local singer-songwriter Elina Mandell has been putting out an eclectic catalog of music since 2000. Her latest release, Let’s Fly a Kite, is a charming, upbeat look at the simple pleasures of having twins. More information (February 28; McCabe’s Guitar Shop)

SEE: Makeovers!
The lens is turned on the public when photographer Austin Young shoots glamorous makeovers and portraits in this photo studio performance. More information (March 1-2; The Good Luck Gallery)

SEE: La Lucha Sigue
Before activists armed with Photoshop could whip up protest posters in minutes, silk screening was the prime medium for radical expression. As part of Serigrafía, an exhibition of Latino political prints, the museum hosts a talk on broadsides as instigators. More information (March 2; Pasadena Museum of California Art)