Home Uncategorized 15 Podcasts to Add to Your Permanent Playlist 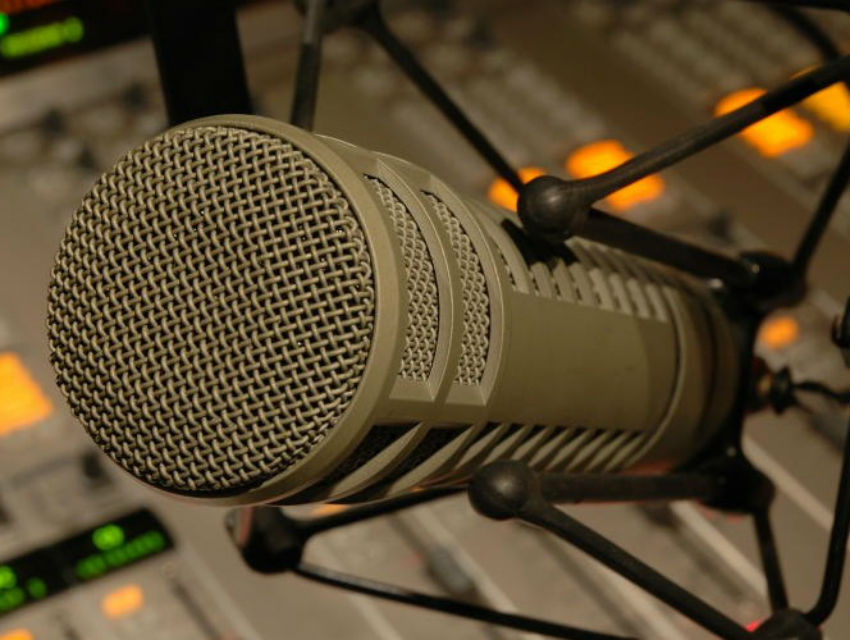 The birds do it. The bees do it. Even Susan Orlean does it. We’re talking about podcasting, which is in the midst of a major boom. If you think 21st century radio programming is all Ira Glass and Garrison Keillor, think again. These days podcasting offers some of the most innovative storytelling and thought-provoking content available on your smartphone. (Heck, some of its is even available on that old timey gadget known as a radio). We’ve done the grunt work for you and compiled a list of 15 podcasts that should become staples of your playlist.

Serial
The best new show of the season isn’t on television. A spinoff of This American Life, Serial follows journalist Sarah Koenig as she explores a fifteen year-old Baltimore murder case in the antiquated-but-updated style of a true crime serial. With intrepid sleuthing, compelling character portraits, and plenty of cliffhangers, it’s the show everyone is talking about.

Audio Smut
Started in 2006 by a group of Montreal sex workers, Audio Smut examines issues of sex, gender, intimacy, and love in a refreshing and candid way. No taboos here.

How Did This Get Made?
Scott Aukerman’s (“Between Two Ferns with Zach Galifianakis”) production company Earwolf specializes in online content of the hilarious kind. One of their best offerings is How Did This Get Made? If you like Mystery Science Theater 3000’s sardonic commentary on pop culture, you’ll probably enjoy hearing hosts Paul Scheer, June Diane Raphael, and Jason Mantzoukas picking apart a new terrible movie every other week.

Strangers
Strangers is a homegrown KCRW production hosted by Danish radio journalist and Peabody Award winner Lea Thau. In every episode, Thau explores a new true story with a novelist’s attention to character building, plot development, and detail. Strangers goes down well with a glass of red wine and some late night contemplation.

Pitch
Pitch is one of the most exciting music-related podcasts. It isn’t really about music but about the nature of music: how it influences and affects us. Why does the sound of a phone ringing remind us of a specific tune? Why is it illegal to dance in a restaurant without a “cabaret license” in New York? Find out here.

Hardcore History
History lessons aren’t stuffy or boring with charismatic and irreverent Dan Carlin at the helm. From WWI to the “Red Scare,” Carlin asks the tough questions, and turns the common approach upside down. Who else would rank dictators by atrocities?

UnFictional
As if you didn’t know this stalwart of L.A. radio airwaves already. All of UnFictional’s previous programming is available via the show website. No one explores intimate personal stories as well as the larger scope of twenty-first century living like Bob Carlson and his producers.

The Nerdist
Chris Hardwick has been running The Nerdist since it debuted in 2010 at Largo. All things nerdy are covered with help from a wide variety of guests, everyone from Rob Zombie to Drew Carey.

Baby Geniuses with Emily and Lisa
Literally anything can happen on Baby Geniuses, where comedian Emily Heller and cartoonist Lisa Hanawalt invite a new guest into the studio to talk about subjects as disparate as making coleslaw, France’s mistakes during World War II, and Jimmy Buffett. Think of it as the Vegas buffet of the podcast world.

Welcome to Night Vale
Once described as “the news from Lake Woebegone seen through the eyes of Stephen King,” the show feels like a traditional radio play set in a world dreamed up by David Lynch. Host and narrator Cecil Baldwin goes over news items, announcements from City Hall, and the weather forecast (usually a musical act), introducing listeners to the fictional desert town of Night Vale.

Judge John Hodgman
All rise for the honorable Judge John Hodgman. In true TV court fashion, the comedian presides over cases of petty disputes (plaintiffs and defendants call in via Skype) with the aide of his bailiff, Jesse Thorn of NPR’s Bullseye. Considering that Hodgman is the guy who wanted to start his own bastketball league in L.A., you can probably expect the Judge’s rulings to be hilarious, wonderful, and absurd.

StarTalk with Neil DeGrasse Tyson
Renowned astrophysicist and host of the revived popular science show Cosmos, Neil DeGrasse Tyson talks about everything between heaven and earth in a podcast that explores the intersections of hard science and pop culture.

Overthinking It
Are there secret similarities between Interstellar and sci-fi staple Star Trek that people just aren’t talking about? How would a deconstructionist read One Direction? In these and other intellectual exercises, Overthinking It lives up to its name by exploring the fringes of pop culture with a critical eye.

Savage Lovecast
Author, advice columnist, and gay rights activist Dan Savage’s long-running advice column Savage Love is now in its eighteenth season as a podcast, making it one of the granddaddies of the genre. In his warm and funny style, Savage delves into his listeners sexual hangups and tries to help solve a diverse set of bedroom-centric problems. Can you add another person to your polyamorous pod? How can lovers avoid the scourge known as lesbian bed death? Love him or hate him, Savage doesn’t pull any punches when it comes to the most intimate of subjects.