Home Uncategorized 13 Things to Do in L.A. this Weekend: Reindeer, Doughnuts, Christmas Lights,... 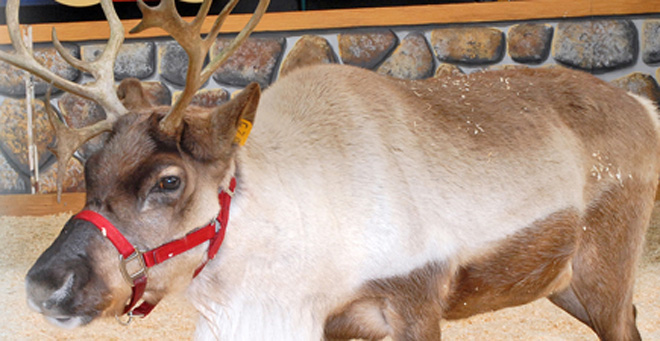 You’ve taken the turkey off the table, loosened your belt, and slept off the tryptophan coma. Aside from hitting up one of the local Christmas tree lightings, what do you do for the next three days? Don’t waste your time elbowing your fellow humans out of the way in a big box store at some ungodly hour. Here are some better options for your Thanksgiving weekend.

EXPERIENCE: Reindeer Romp
The popular Reindeer Romp is back at the L.A. Zoo this year. Come meet Santa’s reindeer, enjoy the decorations, and holiday-themed arts and crafts, at this fun family friendly event. Santa himself will be available for photos during the weekends. More information (November 29 – January 2; Los Angeles Zoo)

NOSH & SHOP: Tweak, Donut Snob, The Humble Cup
Mid-city gift shop Tweak, which was our BOLA winner for best gifts on the go—is hosting The Donut Snob and The Humble Cup in honor of Small Business Saturday. Pick up gifts for your loved ones while you dip and dunk. It’s all in support of L.A.’s best locally owned shops. More information (November 30; Tweak)

SEE: A Very Awesome Yo Gabba Gabba! Live! Holiday Show
It’s a psychedelic children’s show that appeals as much to parents and surreptitious stoners as it does to their progeny. After freaking out to DJ Lance’s antics or singing along to “Party in My Tummy,” the young at heart can low-five when Biz Markie hits the stage. More information (November 29 – 30; Nokia Theatre)

LAUGH: Maz Jobrani
From appearing on Curb Your Enthusiasm, 24, ER, and NYPD Blue to performing for the King of Jordan, Jobrani has tried a little bit of everything. His show promises “culture-barrier-busting comedy.” More information (November 29 – December 1; The Ice House)

SEE: Parfumerie
Set during Christmastime, 1937 in Budapest Hungary, the play centers around two bickering employees at an upscale boutique, who have been building an anonymous romantic relationship through letters to one another for two years. More information (November 26 – December 22; Wallis Annenberg Center for the Performing Arts, Beverly Hills)

SIP: 2-for-1 Coffee Machines
Let’s face it—giving isn’t as good as giving and receiving. When you buy one full-priced coffee machine at the Coffee Bean & Tea Leaf’s Black Friday sale, you’ll get one (of equal or lesser value) on the house. The deal is available both in stores and online. More information (November 29 – December 1; Coffe Bean & Tea Leaf)