Home Uncategorized 13 Great Things to Do in L.A. This Weekend: Golden Dragons, Artsy... 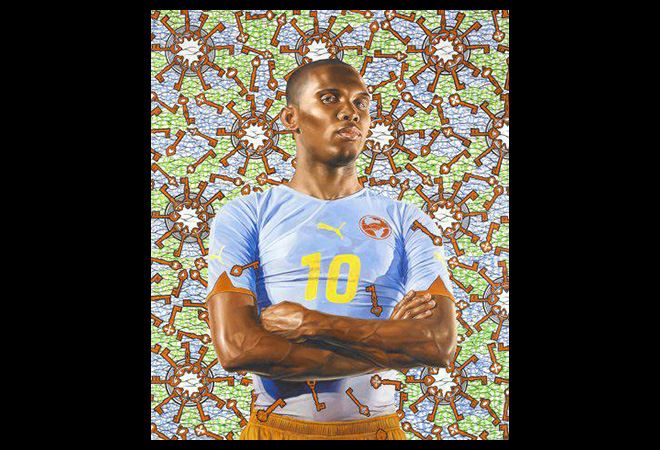 From a movie based on the black box transcripts of downed airplanes (cheery!) to a Chinese New Year celebration in Chinatown (where else?), here’s a plan for your weekend. You’re welcome.

CELEBRATE: 115th Golden Dragon Parade and New Year Festival
To celebrate the Year of the Horse, a lively procession of marching bands and nearly two dozen colorful floats make their way through the heart of Chinatown. More information (February 1- 2; Chinatown)

HEAR: Mayer Hawthorne
Soul and hip-hop singer Mayer Hawthorne brings his Where Does This Door Go tour to his new hometown of L.A. The Michigan transplant only had one rule when making the album: It had to be fun. More information (January 31; Hollywood Palladium)

SEE: Charlie Victor Romeo
The movie puts the audience inside the tension-filled cockpits of actual flights in distress, offering a fascinating portrait of the psychology of crisis and a person’s will to live to the last second. More information (January 31 – February 6; Downtown Independent)

EAT: The Pudding Truck Launch Party
Just when you thought there was a food truck for everything, The Pudding Truck rolls up. L.A.’s newest dessert truck will be at Golden Road Brewery’s beer garden from 7 until 10 p.m., when you can taste samples of stove-top versions in flavors like butterscotch, vanilla bean, and vegan chocolate hazelnut. More information (January 31; Golden Road Brewery)

SEE: The Ruling Class
Peter O’Toole stars in the dark 1972 comedy The Ruling Class, which tells the story of a Lord who dies in a wacky way leaving way his even wackier son to inherit his estate. The British film will screen three times over three days. More information (February 2-4; New Beverly Cinema)

SEE: The Doug Benson Interruption: Sports Watching Party
You’ll have to be a Cinefamily member to attend, but if you are you can watch the Super Bowl on the theater’s big screen as comedian Doug Benson and friends offer hilarious narration, mocking whatever strikes their fancy. In true game day fashion, there will be plenty of food and drink thanks to a potluck. More information (February 2; Cinefamily)

SEE: Fútbol: The Beautiful Game
This exhibition features the work of nearly 30 artists from around the world. Whether they’re working in video, photography, painting, or sculpture, all of them have turned soccer into art. Look for pieces by Miguel Calderon, Robin Rhode, and Kehinde Wiley. More information (February 2 – July 20; LACMA)