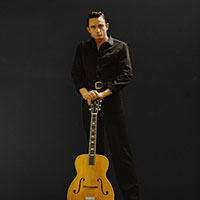 HEAR: Rodriguez
Detroit musician Sixto Rodriguez had already given up performing by the mid-’70s, when he developed a fan base in South Africa. The star of the award-winning documentary Searching for Sugar Man is back where he belongs, performing for adoring crowds. More information (May 31; The Luckman)

HEAR: Bruno Mars and Pharrell Williams
Bruno Mars’s throwback soul is as impressive as his pompadour. Über-producer and Daft Punk collaborator Pharrell Williams’s falsetto is even slicker than his meme-making Mountie hat. Together they’ll get happy. Yes, the show is sold out, but maybe you can get tickets from a scalper. More information (May 31; Hollywood Bowl)

EAT: Taste of the Nation Los Angeles
Unless you can bend the space-time continuum, you’re limited to one restaurant at a time. Imagine being able to sample nearly 50 without defying the laws of physics. This year’s Culver City event includes bites from Cliff’s Edge, Mud Hen Tavern, Chaya, and Fig. More information (June 1; Media Park)

SEE: We Are The Best!
These days everyone and their mother want to call themselves a punk. This movie is about three teen girls who in early ’80s Stockholm had the gall to start a punk band when it really meant something. Directed by Lukas Moodysson, We Are the Best! is a charming, freewheeling portrayal of adolescence and creativity that, due to three spontaneous and genuine lead performances, encapsulates what it’s like to be young, naïve, and obnoxious enough to think that you’re capable of making anything happen. More information (May 30-June 5; Nuart Theatre)

HEAR: El Conjunto Nuevo
Google El Conjunto Nueva Ola and you’d think the cast of Nacho Libre had started a band. Known for wearing Mexican wrestling masks when performing, members of the Latin music group have gained a cult following for their humorous songs and parodies. Audiences age 21 and over can see their high-energy stage show when they hit Sunset Blvd. More information (May 31; Los Globos)

SEE: Jellyfish Eyes
Pop artist Takashi Murakami’s first live-action feature tells the story of a boy who moves to the countryside with his mom. There he befriends a creature that empowers him and his schoolmates under extraordinary circumstances. More information (May 30; The Theatre at the Ace Hotel)

SEE: Mid-City
L.A.-based artist Jonmarc Edwards brings Mid-City to Chinatown for a solo exhibition. Named after the location of his local studio, the show integrates topography and textual fallout with mixed materials, colors, and compositions. More information (May 31; Coagula Curatorial)

RIDE: Pedal on the Pier
More than 100 stationary bikes will be set up on the pier so you can catch some rays during a five-hour “ride.” Proceeds will be used to send inner-city schoolkids to camp. More information (June 1; Santa Monica Pier)

DO: Boyle Heights Primavera Festival
Celebrate spring with a day of community-led health and fitness workshops, do it yourself workshops, healthy eating demos, arts and crafts for kids, and lots of fun under the sun. More information (May 31; Prospect Park)