Home Uncategorized 13 Awesome Things to Do on Thanksgiving Weekend 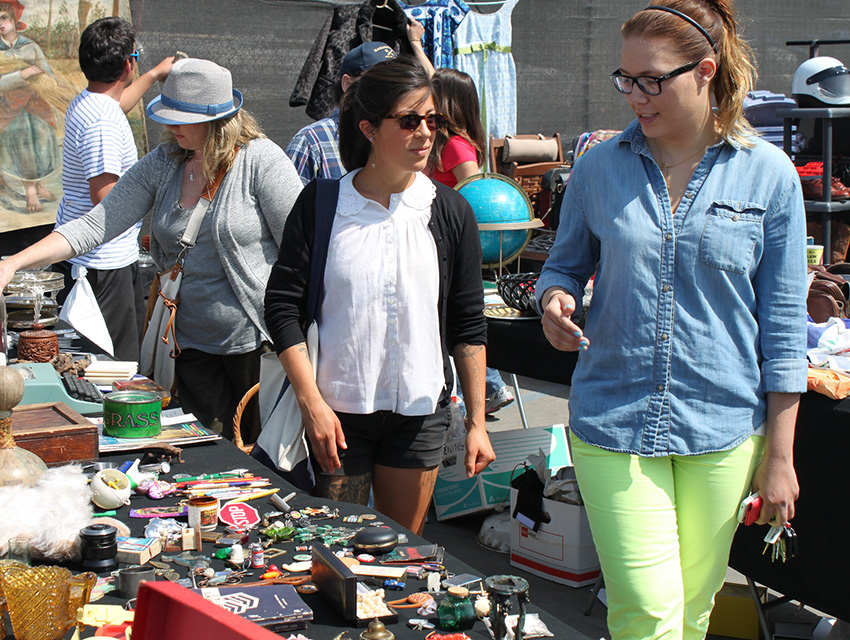 On Thursday you can take your pick among more than half-a-dozen turkey trots from downtown L.A. to Pasadena to Long Beach (there are even more options if you include OC). The rest of the weekend is also pretty busy.

SHOP: Small Business Saturday
Stores in several neighborhoods have banded together hoping to entice you to spend some of your holiday dollars at locally owned businesses. Downtown will host the three-day-long Arts District Flea Market (Friday – Sunday) while the fourth annual Eagle Rock Block Party will feature shops along Eagle Rock and Colorado boulevards. On the westside you can shop the merchants of Montana Avenue from 6th to 17th streets while being serenaded by live musicians, and on Saturday afternoon more than 30 stores along Venice Boulevard will participate in a Mar Vista pop-up. In the Hollywood area along Melrose Avenue between Fairfax and Highland, several stores will offer promos and deals on Saturday. Plenty of other neighborhoods and merchants are also getting in on the action; click here for more details.  More information (November 29; various locations)

OUTDOORS: CHILL
Inspired by The Nutcracker, the Queen Mary presents a kingdom of impressive ice sculptures accompanied by an ice rink, a gift shop, snack stands, and a Christmas village. More information (Through January 11; The Queen Mary)

OUTDOORS: Woodland Hills Ice
Woodland Hills on Ice is back for its sixth season. The arena is the largest open-air rink in the San Fernando Valley. Enjoy skating, snacks, and even karaoke here. More information (Through January 19; Westfield Promenade)

MUSIC: Vance Joy
Get serenaded by Australian singer-songwriter Vance Joy. Just one listen to his debut EP, God Loves You When You’re Dancing, will have you anxiously waiting for this evening. Even Taylor Swift is a fan; the “Shake It Off” singer did a cover of his song “Riptide.” More information (November 28; The Fonda Theatre)

CELEBRATE: Festival of Lights
For more than two decades the historic hotel has illuminated Riverside during the holidays. The mission-style landmark also hosts horse-drawn carriages and other family-centric activities. Check the Web site for times. More information (Through January 6; Riverside Inn)

MOVIES: Pulp: A Film About Life, Death & Supermarkets
On the eve of Pulp’s final concert, a documentary delves into the origins of Jarvis Cocker, singer for the British quintet. Onstage he captivated audiences like a manic preacher; offstage he was a much cooler customer. More information (November 26 – December 2; Cinefamily)

ANIMALS: Reindeer Romp
Cavort with some real live Rudolphs at the caribou corral. Santa’s sleigh-pullers come to the L.A. Zoo to pose for pictures and petting sessions. More information (Through January 4; L.A. Zoo)

MUSIC: Fleetwood Mac
Today’s fringed shawls, floppy hats, and raspy voices pale in comparison with those of ’70s rocker Stevie Nicks, who hooks up with the rest of the powerhouse band for a Rumour-ific reunion. More information (November 28-29; The Forum)

CELEBRATE: The 83rd Annual Hollywood Christmas Parade
It’s that time of the year when Hollywood pulls out all the stops. The city ushers in the holiday season with glitz, glamour, and spectacle as the 83rd edition of the treasured Southland parade makes it way down Hollywood Boulevard for a 3.2-mile trek. The parade benefits Marine Toys for Tots Foundation. More information (November 30; Hollywood Blvd.)

MUSIC: Milton Nascimento
Over the last half a century the Brazilian guitarist has recorded and performed with just about everybody from Herbie Hancock to Duran Duran. Now 72, he’s touring in support of his latest album Uma Travessia. More information (November 28; Royce Hall, UCLA)