Home Art 12 Ways to Have a Totally Instagrammable Weekend, 9/8 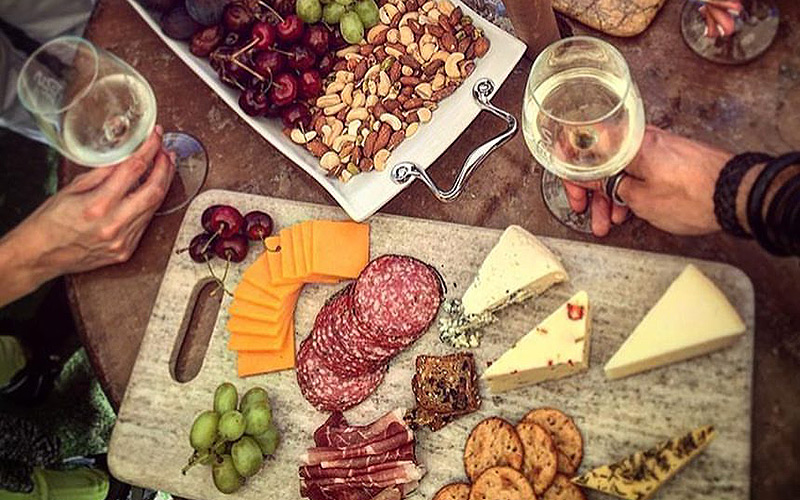 FEST: The L.A. County Fair
Go to the Fairplex in Pomona for the deep-fried Oreos, carnival rides (more than 100!), and midway games. Stay for Blondie and Joe Jonas’s DNCE, who’ll be on hand for performances during the fair’s concert series. More information (September 2-25, Fairplex)

OUTDOOR: Yoga & Mimosas
Two of L.A.’s favorite things: booze and stretching. Head to the Malibu Wines tasting room for a one-hour yoga sesh, the caloric benefits of which will be wiped out immediately with a post-shavasana mimosa. More information (September 11, Malibu Wines)

DANCE: BSB vs. NSYNC at the Echoplex
Does it tear up your heart that NSYNC is no longer a band? Are the Backstreet Boys your fire—nay, your one desire? The world’s most famous boy bands (bye, One Direction) are pitted against each other at the Echoplex, complete with a Battle of the Boybands photobooth. If neither Justin Timberlake nor Nick Carter do it for you, fear not: the DJ will be playing tunes from other ’90s mega-acts like Destiny’s Child, Mandy Moore, and Blink 182. More information (September 9, Echoplex)

BOOZE: California Beer Festival
Craft beer is the star at this two-day sudsfest in San Dimas. Sample tastes from over 85 breweries on Saturday, and head back on Sunday for live music and, of course, more beer. More information (September 9-10, Frank G. Bonelli Regional Park)

WTF: The Pancake & Booze Art Show & Zombie Fashion Show
We know it sounds weird, but trust: Art is best enjoyed alongside a plate of freshly made pancakes. Tack on a fashion show featuring humans dressed like zombies, and you have a weekend of pics for the books. More information (September 9-10, Lot 613)

ART: Doug Aitken: Electric Earth
Aitken’s video installations are at the center of the artist’s first international survey at the Museum of Contemporary Art. Projected across several screens in various architectural environments, the films, along with signs, sculptures, photographic images, and Aitken’s lesser known collages and drawings, immerse the viewer in narratives about post-industrial decay and the constructs of linear time. More information (September 10-January 5, 2017, MOCA)

Here Are the 12 Best Things to Do in L.A. in January

Watch *NSYNC Accept Their Star on the Hollywood Walk of Fame