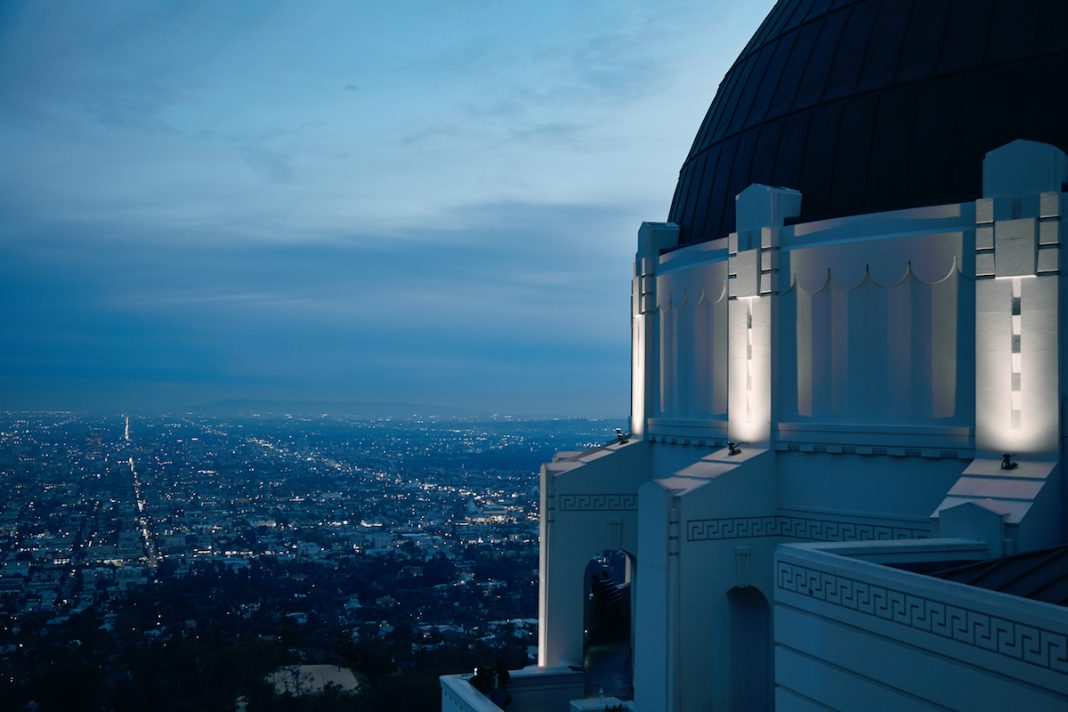 Photo By Woodrow Walden via Unsplash

There’s no real difference between WonderCon and ComicCon except that the former is smaller (less agoraphobia!) and closer to L.A. (less traffic!). The Anaheim Convention Center hosts three days of gamer tournaments, comic exhibitions, and special guests like Marvel/DC cover artist Michael Cho.

Live out (500) Days of Summer fantasies on this walking tour of DTLA’s Historic Core, which focuses on architectural standouts (the Old Bank, the Million Dollar Theater) and public art (Eloy Torrez’s recently restored Pope of Broadway, for one). Snap a selfie in the Bradbury Building, which was a backdrop in Blade Runner and The Artist, and yes, the place where Tom forgets all about Summer after he meets Autumn.

If Coachella stresses you out, consider this local festival as an alternative. L.A. Phil conductor laureate Esa-Pekka Salonen and composer Daníel Bjarnason bring Iceland’s multifaceted music scene to Disney Hall, with a performance by the band múm (its first in the States in eight years) and three nights of Sigur Rós.

In a sea of tentpoles and threequels, TCM’s eighth go-round honoring vintage film stands out. The fest begins with a 50th-anniversary screening of In the Heat of the Night; star Sidney Poitier and composer Quincy Jones are on hand.

The Pasadena native was the first sci-fi writer to receive a MacArthur “genius” grant. The Huntington, which now houses Butler’s archives, is exhibiting her early short stories (written at the age of 12), contracts, and personal notes.

Is fetish an appropriate word to use in this context? Only you can decide. More than 100 food trucks post up at Exposition Park for this smorgasbord benefiting the nonprofit Stomp Out Hunger in Los Angeles.

The Oscar-winning composer got his start in the Buggles—you know, the “Video Killed the Radio Star” guys—but parlayed his pop sensibilities into film scores (The Lion King, Gladiator, Pirates of the Caribbean, and more than 100 others). Zimmer brings his music to life at the Microsoft Theater ahead of his April 16 and 23 Coachella performances.

Maybe you play LPs at home or simply collect them because it’s the cool thing to do. Either way, L.A.’s record stores—like High Fidelity, Jacknife Records & Tapes, and Bombass Muzik—fling open their doors for this global celebration of vinyl. Analog junkies will appreciate the selections of alternate takes, special rereleases, and rare finds.

It’s widely known that butterflies hold the title of Most Appealing Insect and have for all eternity. Kidspace Children’s Museum taps into their infectious (insectious?) magic by releasing more than 1,200 of them into nature over two days. Go early and stay late to create feeders for your new friends and to participate in painting sessions.

The yearly event takes over USC with readings and panels featuring the likes of actor Bryan Cranston and writers Margaret Atwood and George Saunders. Avoid parking PTSD by taking the Expo Line; additional perks include reading your hardcover haul on the ride back.

In 1967, Berlin became L.A.’s sixth sister city (we have 25 total, from Beirut to Taipei). The Getty Center commemorates 50 years of sisterhood with an exhibition highlighting the Berlin Philharmonic and Disney Hall through drawings, sketches, prints, and models from architects Hans Scharoun and Frank Gehry.

Paul Simon has come a long way since his collabs with Art Garfunkel. (Their first project? A high school band called Tom & Jerry.) Instruments, records, sheet music, and more from Simon’s 60-year career are on display at the Skirball.