Home Uncategorized The 13 Best Things to Do in L.A. in October 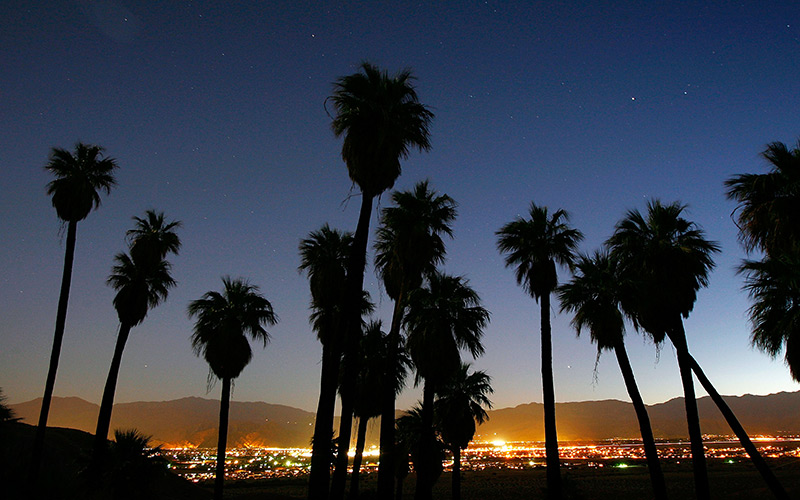 L.A.’s bourgiest occasion returns to Will Rogers State Historic Park, bringing with it horses, celebrities, and bubbly. Dress in your Saturday best to sip champers and stomp divots, then post up on the sidelines to watch polo phenomenon Nacho Figueras gallop his way through chukker after chukker.

Admire the work of architects like Greene & Greene and tile maker Ernest Batchelder during this celebration of early-20th-century design, where you can tour Craftsman houses and snag some decor of your own. While you’re in the area, duck into the Huntington to see its new exhibition of Tiffany favrile glass, opening October 7.

Music meets film meets meditation at this Ace Hotel event. If it sounds like something David Lynch would be behind, that’s because he is: The director lined up DJ sets from Moby and Shepard Fairey, performances from Laura Marling and Bon Iver, short films from himself (duh), and Transcendental Meditation exercises led by his eponymous foundation’s CEO, Bob Roth.

The conversation surrounding Hollywood’s diversity controversy—you might even call it a diversoversy, if you want people to hate you—has spread to the comedy scene. The fest, organized by the Second City, returns to L.A. for a second year to give women, LGBTQ performers, comedians of color, and other underrepresented funny people a stage.

If there’s one thing France, Italy, and the U.S. have in common, it’s a love of carbs—er, cars. Enthusiasts can ogle a selection of classic, modern, and concept vehicles at ArtCenter College of Design, many of which compete for coveted awards like Best in Class and Designer’s Choice.

Hollywood Forever’s 18th annual event salutes Jose Guadalupe Posada, the creator of La Catrina (you’d know her if you saw her: a smiling skull in a plumed hat). The grounds are peppered with 100-plus elaborate altars dedicated to long-gone loved ones, and four stages host music and dance performances.

If you miss this marketplace, you’ll have to wait until spring before it returns to Vernon. See furniture company Modernica’s fiberglass shell chair mold in action or shop for home goods with a crepe and coffee in hand at one of more than 60 on-site vintage modern dealers.

Ever been in the presence of a comedic genius? How about two? Pull it off at the Theatre at Ace Hotel, where cartoonist Lynda Barry (whose alt-comic Ernie Pook’s Comeek was syndicated in more than 70 publications) and Matt Groening (creator of The Simpsons) reminisce about the highs and lows of their 40-year friendship.

The Aero Theater hosts its 12th annual all-nighter exalting scary movies and the cinephiles who crave them. Catch seven screenings, from blockbusters to deeper cuts—not to mention all the horror trailers you can handle in between (this year’s lineup: An American Werewolf in London, Popcorn, The Tingler, Hack-O-Lantern, Shocker, Brainscan, and a 40th anniversary screening of Death Bed: The Bed That Eats). Bonus: free snacks!

Bookworms descend on North Hollywood for an evening of wholesome literary debauchery. See more than 200 writers and artists during six hours of readings, performances, trivia, and storytelling. Train it to NoHo’s Red Line Metro station and then walk the route from there.

A post shared by Santa Monica Mountains (@santamonicamountainsnps) on Nov 4, 2016 at 3:56pm PDT

When it comes to superstardom, there’s Brad Pitt, and then there’s P22. The National Wildlife Federation honors Los Angeles’s most popular mountain lion with a specialist-led walk, information on setting up wildlife cameras, a snazzy virtual reality experience that lets you see through a mountain lion’s eyes, and more. The daylong event is only one part of Urban Wildlife Week, which kicks off on October 15.

Not to toot our own horn or anything, but like—toot toot. Our very own Food Event returns to Saddlerock Ranch on October 15, and this year’s gunna be big. Sample eats from restaurants like 71 Above, Republique, Guerilla Tacos, Scopa Italian Roots, and Breakfast by Salt’s Cure; Sip drinks from purveyors including Malibu Family Wines, Beekeeper Cellars, and Peerless Coffee & Tea; Keep the good times rolling at an after party at Malibu Cafe. All of this plus the zebras, camels, water buffalos, and other animals that call Saddlerock Ranch home. Could there be a more perfect Sunday?