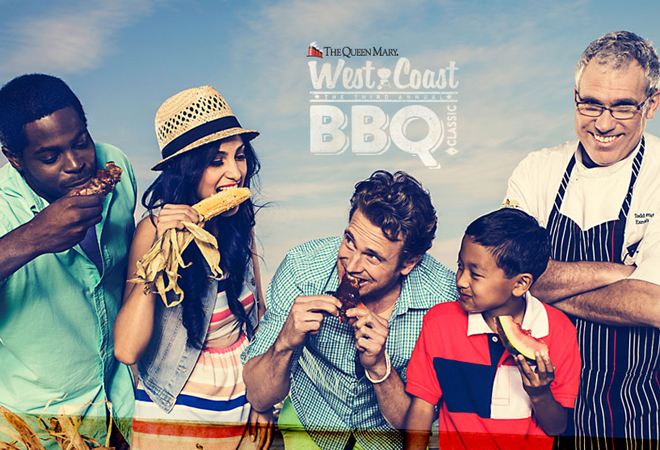 HEAR: Morrissey & Tom Jones
Morrissey lyrics make popular tattoos, so when his devotees assemble, use their inked skin as a cheat sheet to sing along. No such luck with Jones fans, who express their appreciation by throwing undergarments. More information (May 10; Los Angeles Sports Arena)

SEE: Eat, See, Hear: 500 Days of Summer
Projected onto the biggest movie screen west of the Mississippi, this series of outdoor screenings will kick off with 500 Days of Summer, which stars Zooey Deschanel and Joseph Gordon-Levitt as a couple that can’t seem to get their romantic timing right. Come early to munch on food truck fare and listen to local bands before grabbing a seat for the main event. More information (May 10; Santa Monica High School)

LEARN: The Whole Schmear: The Creation of Cream Cheese in America
Rabbi Jeff Marx argues that it wasn’t the Jews who brought cream cheese to America, it was developed by Yankee settlers many years prior. This talk will explore the origins of the delicious creamy spread and clear up the rumors. The discussion will be followed by a reception, perhaps with bagels. More information (May 10; Los Angeles Public Library)

SEE: California Dreamin’: The Sounds of Laurel Canyon, 1965-1977
In the 1960s and ’70s, Laurel Canyon was the soul of the West Coast folk and rock scene. On view at this exhibition are the art and artifacts of the musicians who hung out in the Hollywood Hills, including Joni Mitchell, Jackson Browne, David Crosby, Stephen Stills, and Graham Nash. More information (Opens May 9; Grammy Museum)

EAT: West Coast BBQ Classic
Prepare your stomach for the summer barbecue season at this pitmaster showdown. Aside from sampling dozens of barbecue dishes, guests can compete in cobbler and watermelon-eating contests set to the tune of local bands. More information (May 10; The Queen Mary)

SEE: Maurice Hines Jr.
Backed by a nine-piece band, Maurice Hines Jr. (brother of the late Gregory) tap-dances to tunes by Sinatra. Then he teams with young hoofers the Manzari brothers, known for their fresh footwork. More information (May 9-24; Wallis Annenberg Center for the Performing Arts)

HEAR: L.A. Psych Fest
Mind-altering guitarwork is the order of the day at the third edition of this tribute to psychedelic music. Expect homegrown acts like Jeffertitti’s Nile and Insects vs Robots as well as international bands such as the spaced-out Japanese sextet Kikagaku Moyo. More information (May 10; Bootleg Theater)

SEE: Letters From Zora: In Her Own Words
Based on the dramatic personal letters of author Zora Neale Hurston, this multimedia theater show brings to life a discussion of her ideas on segregation, integration, and social justice. More information (May 10-18; Pasadena Playhouse)

HEAR: Rick Springfield, Stripped Down
Here’s your chance to get up close and personal with the Australian rocker in a performance that includes songs, storytelling, and a Q&A. More information (May 11; The Broad Stage)