Home Uncategorized 11 Things You Should Know About Comedian Dylan Brody 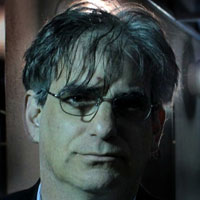 Comedian Dylan Brody, who prides himself on being a purveyor of fine words and phrases, believes that every moment is a story worth telling. A humorist, playwright, author, and comedian who has won the Stanley Drama Award with his play Mother May I, Brody has also appeared on A&E’s Comedy on the Road and has helped write Jay Leno’s monologues for the Tonight Show.

Brody, 50, was a standup comedian for 15 years before leaving the scene in 1994. He still performs live but has found other outlets for his creative work; he writes and performs weekly for the David Feldman show on KPFK and contributes to Off Ramp on KPCC. He performs all over L.A. and has shared the stage with top-notch comedians like Dennis Miller, Jon Lovitz, Jerry Seinfeld, and others. Here’s a tip-sheet on his life and career.

1
“I stopped doing stand up almost entirely and almost cold turkey for about 10 years. And then found my way into storytelling for the radio. And then found my way back into performance with that material. And now, about seven years into that journey, I’m sliding back toward that comedy from which I originally emerged. But it’s not the same in tone as it was then. Not by a long shot.”

2
“As a standup comic, particularly in the modern market, one is required to get a laugh approximately every 15 seconds The late night talk shows actually talk about LPM, the laugh per minute ratio.”

3
“When I started recording for the radio, a lot of the stories were not funny at all. I was in a vacuum recording in a studio. There was no need for laughs. I felt free to go introspective and do full stories that were exploratory and highly personal. I found that as I did it, the more specific I was about my experience, the more people felt I was talking about them. That on it’s own was kind of reassuring.”

5
Brody’s style involves nesting memories and flashbacks inside a current moment and using that to bring more light to the situation. Brody also uses this technique in his fiction writing, especially his latest book, Laughs Last, a story about a young comic and his relationship with his grandfather.

6
“When I start writing something, I don’t always know what milieu it will fall into, and I have many agents who say things like, ‘You have to decide what you’re doing. You can’t do comedy and drama!’ But I can’t help it. I write what I’m writing at that moment, and it tells me what it’s going to be.”

7
“Two weeks after I went into therapy, I walked past a martial arts studio where there were swords in the window. I had already begun to collect swords by that point and I thought, ‘Oh, maybe I could learn martial-arty stuff.’ The first class made me throw up, partly because it was the most physical activity I had ever done and partially because I put myself in such an alien and challenging circumstance that I was dizzy and nervous.”

9
Brody sent fellow writer David Sedaris a copy of his first two CDs and received a handwritten postcard, which he framed and keeps in his office. After months of exchanging letters and advice, Brody opened for Sedaris at the Pasadena Civic Theater in front of 3,000 people.

10
“David is one of my heroes, and I never know whether to describe him as a friend or not. On stage he described me as a ‘pen-pal’ and I’m willing to go with that.”