Home L.A. History 11 Podcasts About L.A. You Must Subscribe to ASAP 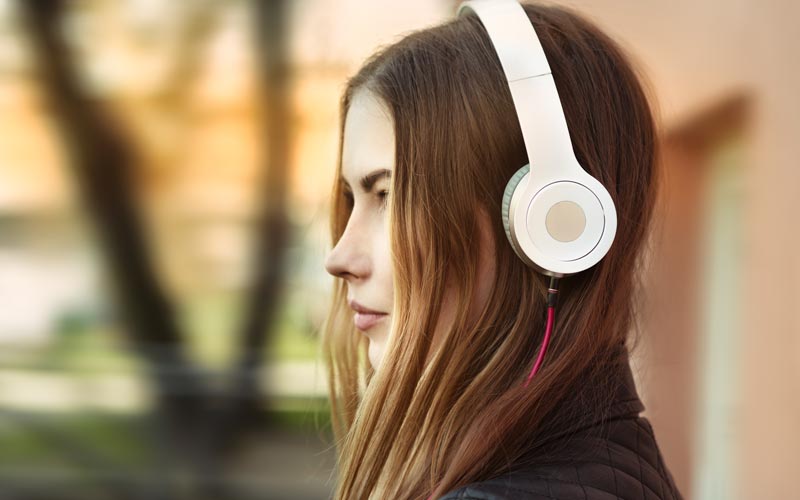 Each episode of this sensitively produced podcast hones in on a local character with a unique take on what it means to call Los Angeles home. In past episodes, host Bill Barol has rediscovered a failed socialist utopia in the hills, visited a vintage TV collector who turned his home into a “dreamland of televisions,” looked into midcentury family photography with Charles Phoenix (a practical sommelier of archival Kodachrome), and met a chicken magnate who purchased an entire ghost town for himself.

You Must Remember This

Delving deep into the lore, host Karina Longworth narrates the stories of the movies stars and larger-than-life figures who defined Hollywood’s golden age. From an incredibly comprehensive 12-episode series on the life and times of Charles Manson, to an investigation into Walt Disney’s particular flaws, to a recounting of the love lives of Hollywood greats like Marilyn Monroe, it’s equal parts history lesson and guilty pleasure.

If you can weather hosts Daniel Zafran and Greg Gonzalez’s painfully dad joke-heavy cold opens, you’ll discover a goldmine of extraordinary L.A. history. Like, did you know there’s buried treasure under the Hollywood Bowl? There is. Did you that a maintenance guy used to live in a tiny shack behind the first L of the Hollywood sign? He did. Did you know that William Faulkner got so fed up trying to write movies that he wandered off into desert alone with a bottle of liquor? It’s true. The L.A. meekly guys throw it back to the weird old days in this deeply nerdy show.

Let’s be real, awards season is a cinefile’s version of the playoffs, and hosts John Horn and Kyle Buchanan are its most charismatic commentators. With input from directors, actors, and writers and plenty of their own analysis, they’ll guide you through the stats, snubs, and surprises that characterize the gauntlet of awards ceremonies leading up to Super Bowl of cinema, the Oscars.

RELATED: This App Will Help You Remember Every Day of Your Life

For the past year the show has been exploring the legacy of Pasadena-based science fiction writer Octavia E. Butler, whose groundbreaking novels (like Kindred) shaped the sci-fi landscape. Produced by Frogtown arts organization Clockshop, the series delves into the archives Butler left behind after her death ten years ago, uncovering a fresh portrait of one of the city’s greatest writers and thinkers.

In an industry town, so it’s no surprise we have a flourishing podcast devoted specifically to aspiring screenwriters. And yet hosts Craig Mazin and John August’s dissection of good movies and TV (combined with their insider insight) makes the show a worthy listen for just about anyone—whether you secretly aspire to write the next Deadpool or otherwise.

If you’re as into uncovering the hidden gems of L.A. as we are, this podcast is tailor-made for you. With reliably fascinating stories from local history, host Robert Petersons supplies the deets on the disgraceful life of Griffith Park founder Griffith J. Griffith, tracks down the oldest building in L.A., and investigates the question that keeps us all up at night: Why are there huge holes in the ground in Irwindale?

And a few one-offs:

Host Lisa Chow gets up close and personal with American Apparel founder Dov Charney’s as he remakes himself post-ouster and builds a new clothing company—Los Angeles Apparel. But in order to look to the future, the show also looks back, weighing the possibility that character flaws and leadership foibles could once again undercut his unmatched passion. The season just wrapped up in December, and it’s bingeable AF. (Note: The first three episodes of the season are updates to a past story; the Dov Charney stuff kicks off with episode 4, “Part 1: Labels.”)

This story involves a grand quest to reclaim honor in Los Angeles. Twenty years ago, a man named Gregor loaned Moby—that’s right, Moby—a set of CDs that Moby would famously sample on Play, the album that launched him to fame. Now, Gregor wants to receive credit where it’s due—and he also wants his CDs.

The premise of the show is this: Host Kelly McEvers take a newsy topic and explores its unexpected nuance. In what is assuredly one of the single best podcast episodes of last year, she spends time with both the LAPD and the homeless on Skid Row in the wake of a police shooting, tackling questions of force and policing.

It was a grand-scale accident that led to the formation of the Salton Sea, host Roman Mars explains, but now that the state’s largest lake is drying up, it could have devastating effects—effects we would feel in Los Angeles.

Thomas Harlander is a staff writer at Los Angeles magazine. You can follow him on Twitter and Instagram. He recently wrote “California is Due for a Megaflood.”

“And That’s Why We Drink” Hosts Hit the Road, Again